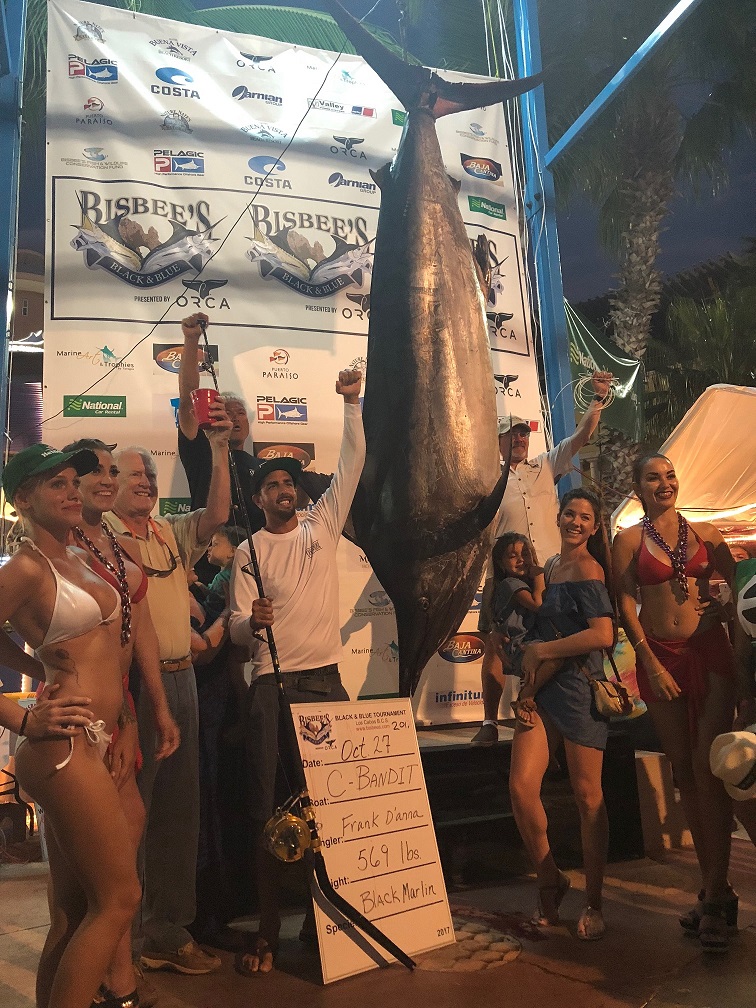 The three days of fishing are over and the winners are all in place, the only thing missing now are the accolades, trophies and checks which will be handed out tonight at the awards dinner.

Two very nice fish came to the scale late yesterday afternoon both of which had similar stories.

The first fish that was a real contender came in for Wild Hooker and angler Danny Hogan. Captain Shane and the team opted to go the opposite direction of most of the boats the last day, in fact he had done this every day of the tournament and headed up into the Sea of Cortez and world-famous Gordo Banks area. The crew on this boat are a well-oiled machine, traveling extensively to fish tournaments and investing in the latest electronics to improve their odds. They reached the fishing grounds and immediately started to fish for live tuna as bait, they already had three baits on board and a couple still in the water when their fish hit. They were one of only a handful of boats fishing the area but by 10.00 am they had their black marlin on board and did an amazing job of keeping the fish fresh until the late afternoon. 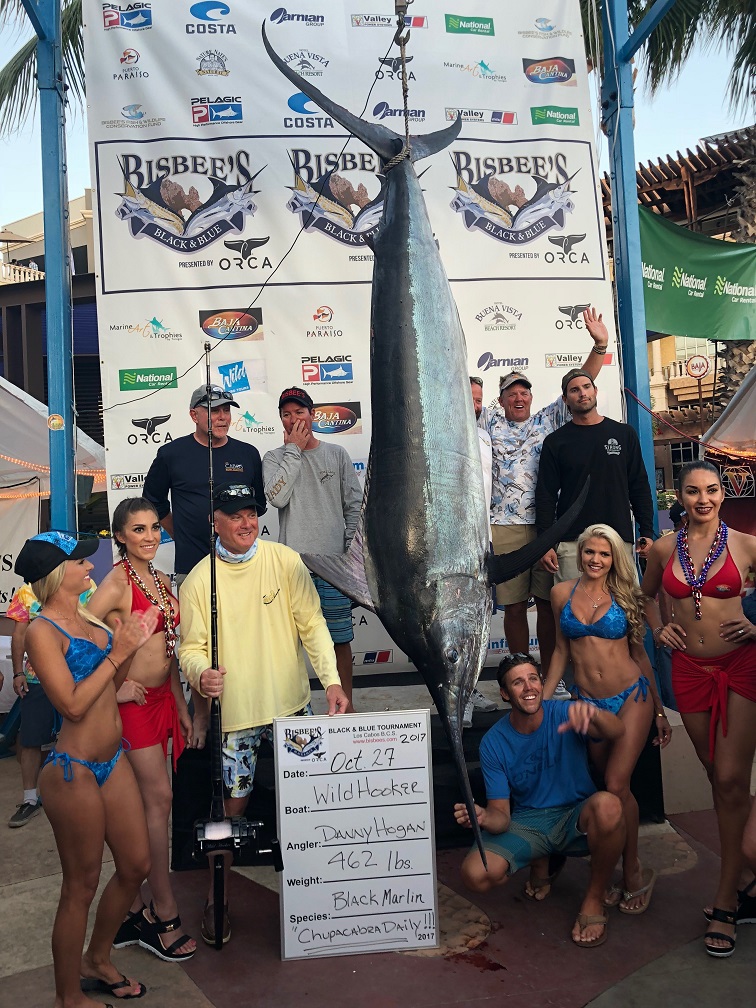 Allen Stuart owner of Wild Hooker was ecstatic as they hoisted his team’s fish up and the weight was called out at 462 LBS. Captain Shane is a humble guy and didn’t want to get too confident, telling us that another boat, C Bandit, was right along side them fishing and that he had seen them with a hooked fish that looked very big.  It then became a waiting game as C Bandit a 75 ft. Titan Marine backed up and the fish was unloaded onto a dolly and pulled through the crowd. It looked big, but very similar to the Wild Hooker’s fish, perhaps a bit fatter though.

As the sun was setting the fish was hoisted up and this black marlin registered 569 LBS making it the overall largest fish for the tournament and the largest for day three.  This team however, was in all the jackpots except the $10,000.00 which means Wild Hooker will pick up the monies in that pot. Team C Bandit will be seeing prize money in the six figures range for angler Frank D’Anna who expressed his love for Cabo (who wouldn’t with a payday like that). C Bandit’s owner said the fishing had not been easy especially getting black marlin on circle hooks but was thrilled to be amongst the winners again, after taking second place last year and this year, they will be in the same spot.   https://www.youtube.com/watch?v=OutPWbEDu4s&feature=em-

This biggest fish though, will not be the overall winner, as explained in our previous posts, the tournament is on a points system and Chupacabra is the winner of the tournament with two smaller fish that add up to 682 LBS. There will be several big money winners tonight.

Here are the tournament results( 1 point per 1lb of fish caught over the minimum weight of 300 LBS):

Throughout the tournament 78 billfish were caught and 13 qualifying fish were brought to the scale, which goes to show, getting a qualifier is not always enough to get in the money. This is not an easy tournament the best of the best participate, but then again, what it comes down to is being in the right place at the right time with a big fish looking at your bait or lure and choosing it