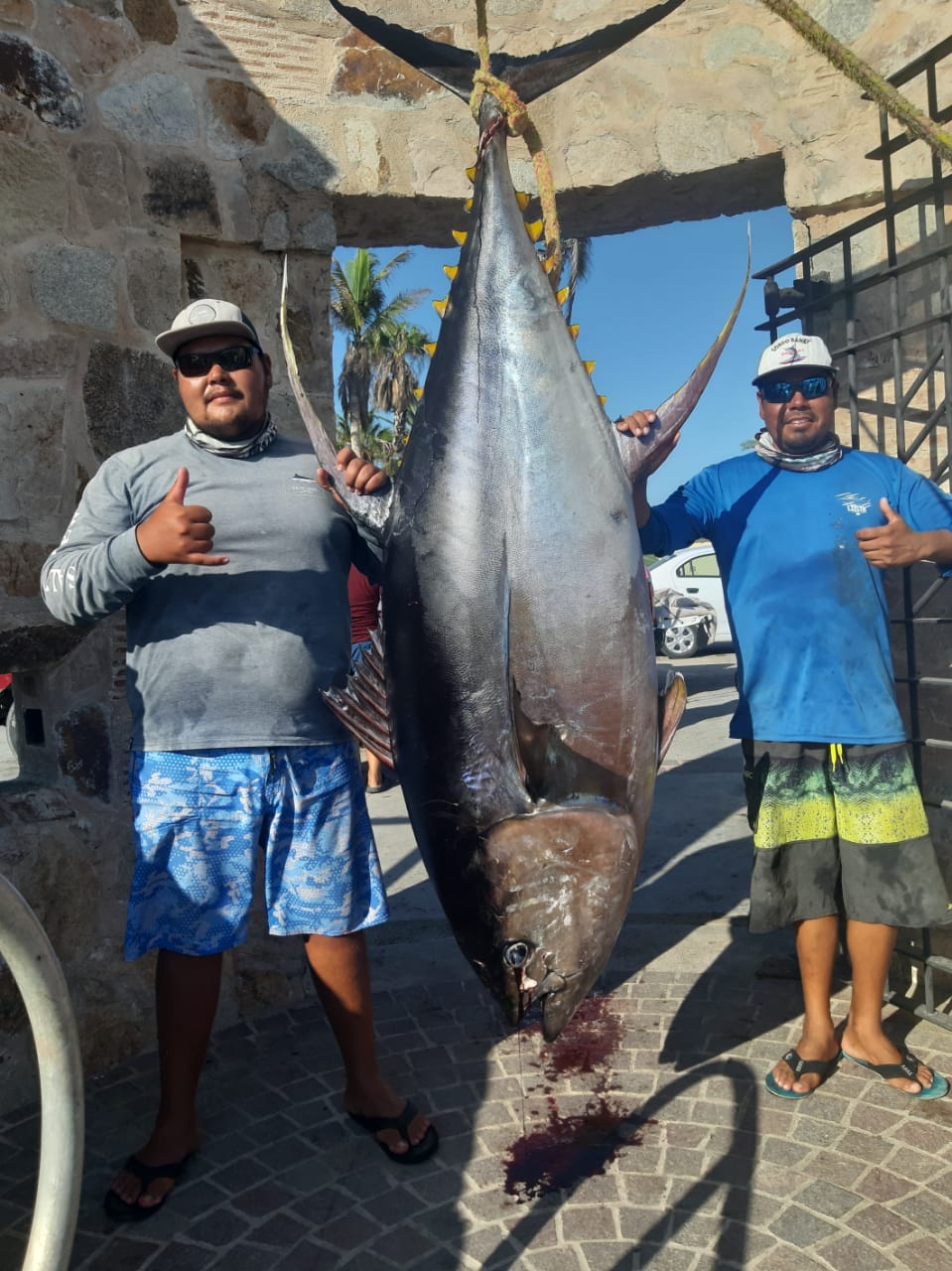 Brothers Jesus and Gerardo Ba?aga from La Playita headed out on their 23′ Panga “Fortuna” (not a pisces vessel) Friday in search of Marlin, as there have been quite a few Blues and Blacks caught in the area. They were at the inner Gordo bank, 4 miles from shore getting bait and landed a decent skipjack. They sewed it up and put it out on their Shimano 30 Tiagra with 80 lbs line and 90 lbs leader + Seeker Rod. They looped around the area only once when this Super Cow Yellowfin (when a fish is 300 lbs or heavier it is called this way) torpedoed out of the water after their bait. The fish ran for an hour straight, with the guys in hot pursuit, trying to avoid getting spoiled. After the run it head down deep and the hard work began.

Two and a half hours after the hook up they had the fish at the gaff. It was difficult to weigh (and some bystanders doubted the accuracy of the scale, saying it might have been heavier) but the numbers stopped at 367 lbs! 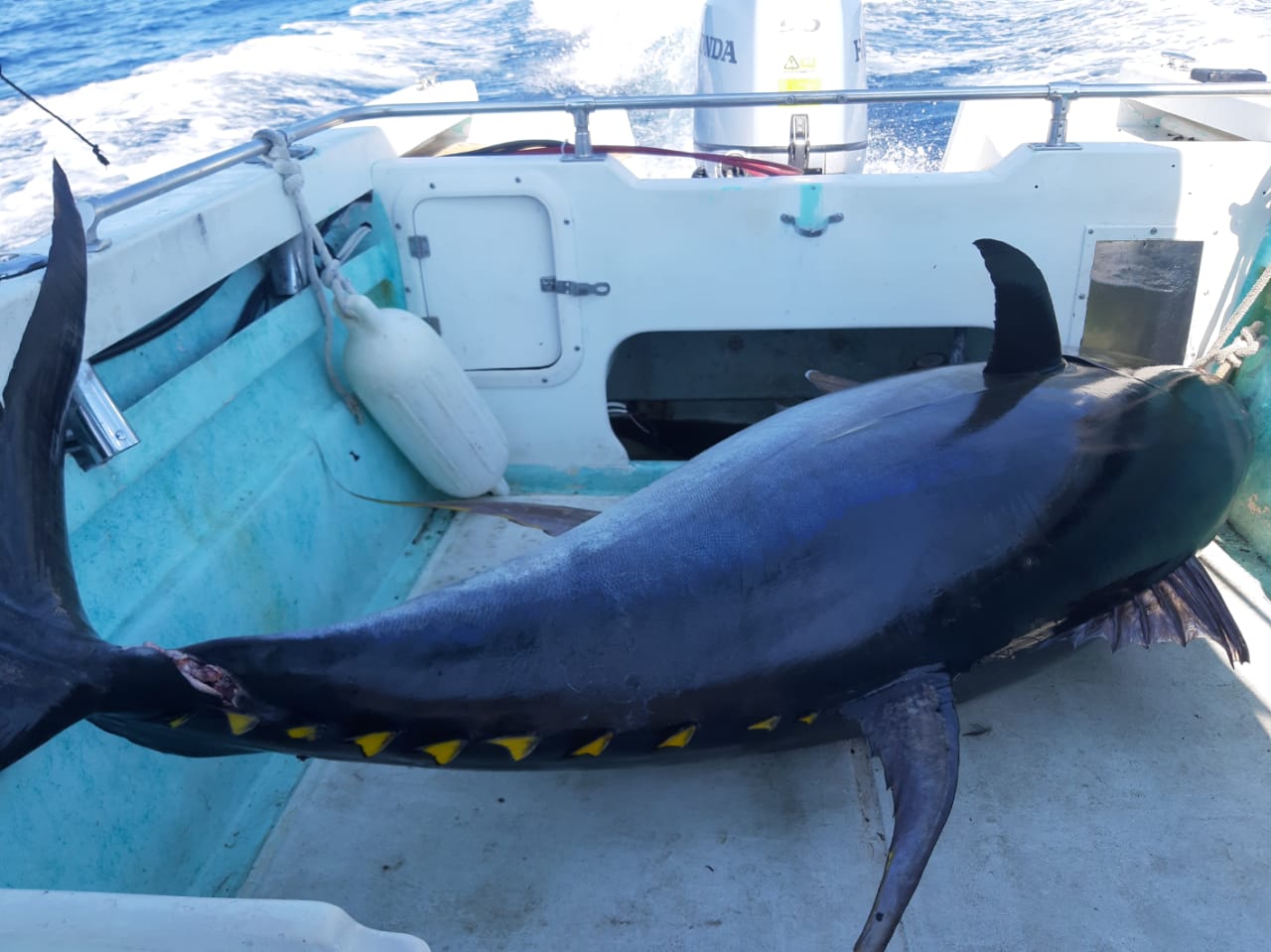 Finally in the boat! The fish heads to the scale 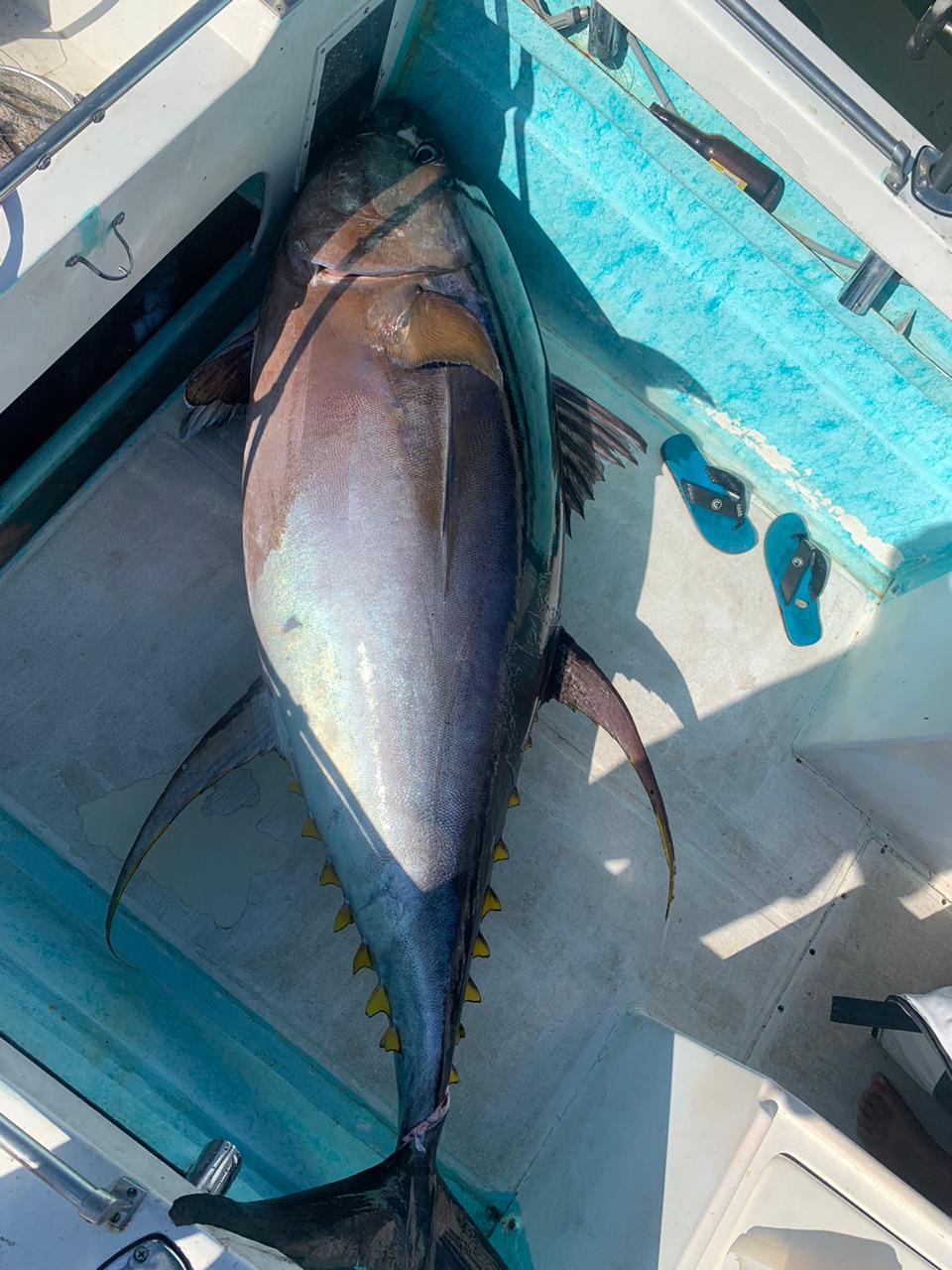 Flip flops for scale! The Yellowfin took up the entire back of the 23′ boat.