On Sunday the Spicer family from Dallas, Texas, were out on our 35 FT Bertram Valerie with captain Roberto. They headed towards  the 11.50 spot where all the marlin have been caught lately. They registered a solid hook up and at first thought they had a marlin on, but the fish went down deep and felt like a pick up truck on the end of their line. The crew knew they had a large tuna. An hour and a half later they had the fish at the boat after much hard work, determination and some sore arms. Back at the dock the fish was weighed on an electronic scale and registered 197 LBS, the largest tuna caught in Cabo waters so far this year. Well done anglers and crew! 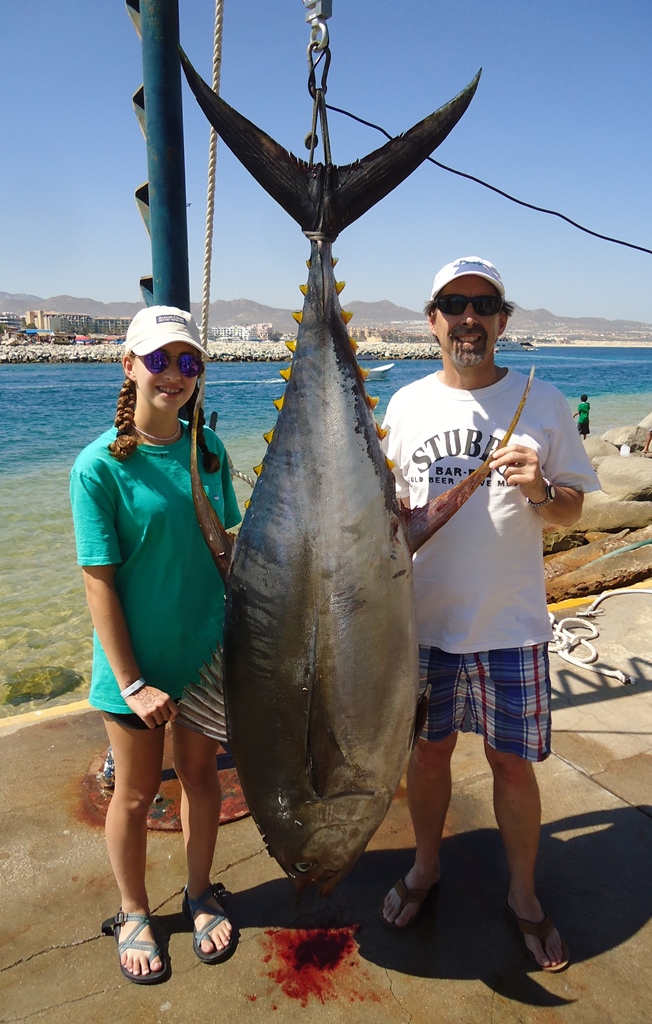