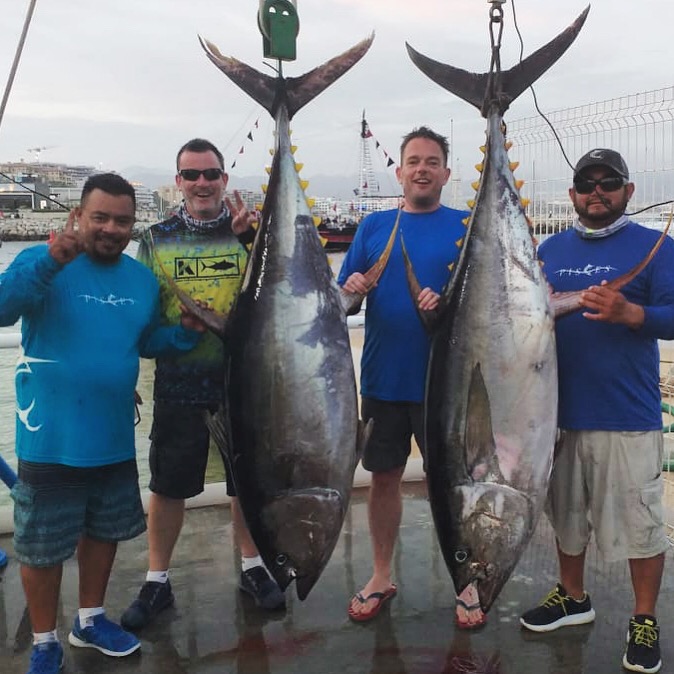 When John Maltman and Nick Kronfeld from England booked their trip with us this Summer they expected to tick some fish off their bucket list,  but they never expected what happened this Thursday on Pisces 31′ Ruthless!

The guys were out fishing about 40 miles out at the 240 Spot with Captain Beto Lira and Mate Frank Martinez when something hit the left outrigger; a cedarplug. As soon as Captain Beto slowed, something slammed the the lure on the left.

At first the Captain thought that the fish that hit were wahoo, because of the strong, fast bite, and especially because Captain Julio, on Pisces 31′ Tracy Ann, who was in the area had just caught a wahoo too.  It took them a good hour before they saw the fish, and that long back fin was unmistakable. 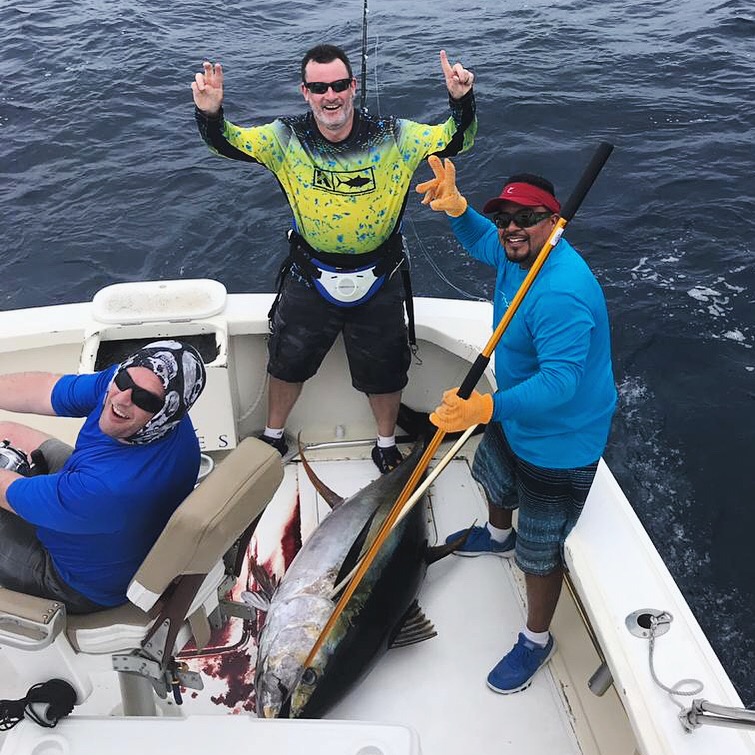 “The fish hit at about 12 PM and by 2PM we had the 200 pounder aboard. The other one took us another 3 hours. We tried to help the anglers as they were exhausted, but it still took us another 30 mins each (Frank and I) before we made some leeway and the anglers finally brought them to the boat… By then, the tuna had dragged us another 10 miles offshore.”

At about  6PM the guys were back on the dock and had enough to take home with them back to England for years to come! The Pisces 31′ Tracy Ann ended up landing a 100 pound tuna, plus another 5 smaller ones, the wahoo and also released two Striped Marlin. An epic day for anglers Joey Chapman and Lance Wright aboard. Their tuna hit on a flying fish lure using a kite at the 240 Spot as well. 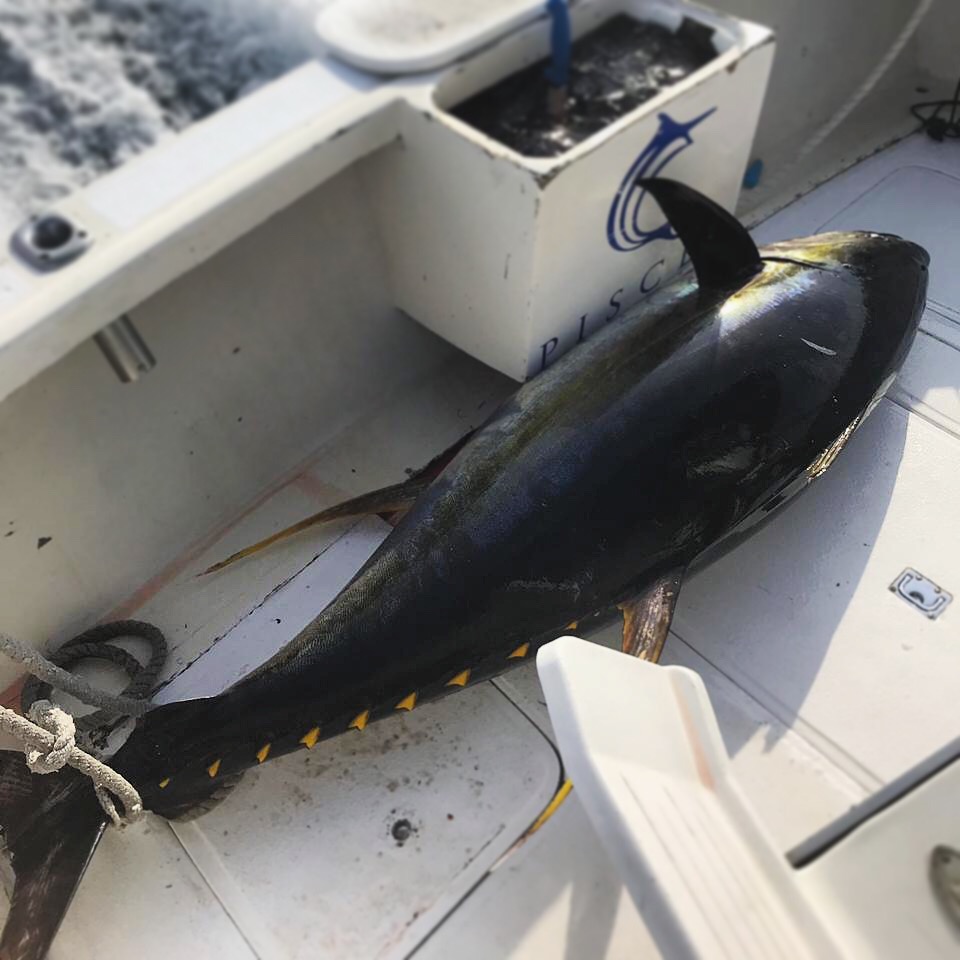 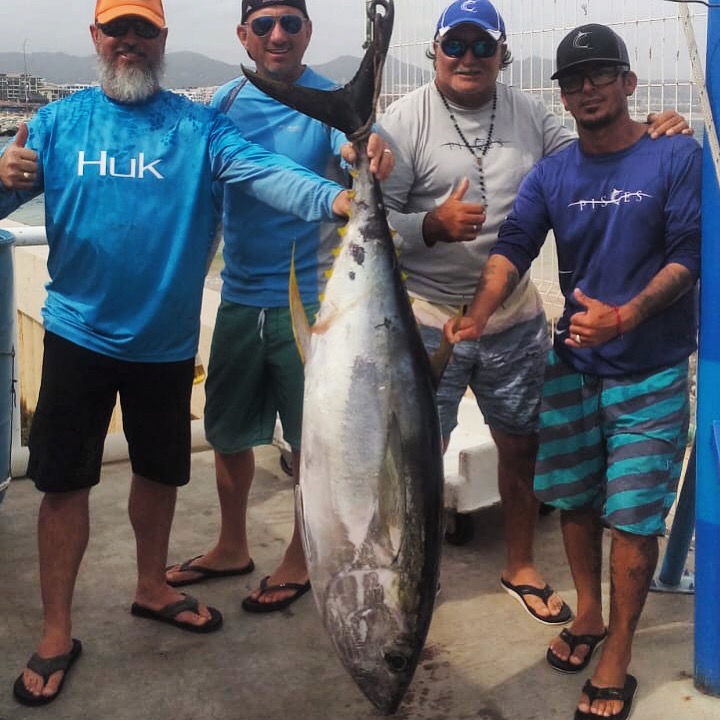