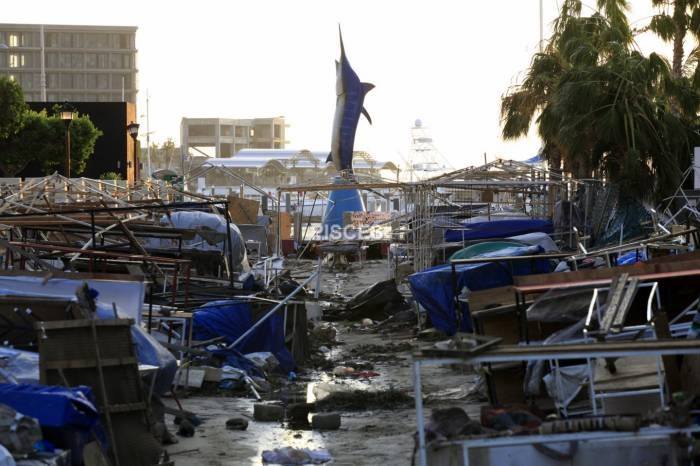 Everybody wants to leave the hurricane behind but we were given this photo today and had to publish it.  It says so much – it is a symbol of the resilience of the people of Cabo and the fishing community and a reminder that the mighty marlin & fishing is the foundation of what our town is built upon, something that Hurricane Odile could not overcome.

We bumped into a couple of tourists today on the marina, who had arrived on the first flight by Alaska Air out of Los Angeles.  They told us that they were blown away by the reception they received, with mariachis playing as they got off the plane and about a hundred people to greet them; the young lady said it made her cry – but truly we are all excited to see our beloved anglers and tourists.