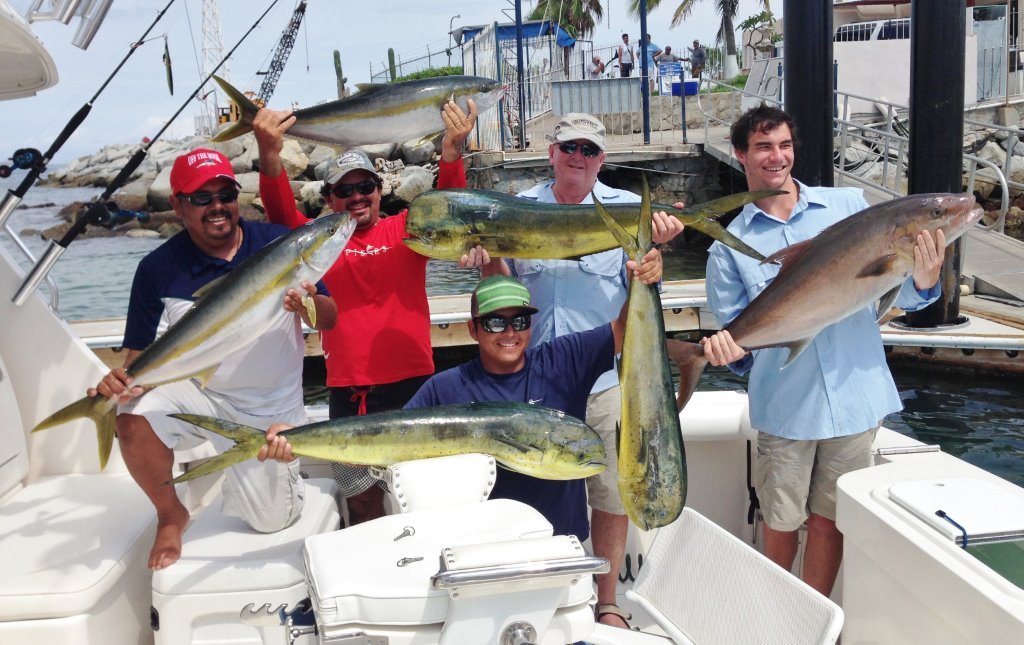 BILLFISH:
It
was good to get the crews back out after several days sitting in port waiting
for Hurricane Norberto to say goodbye and as we write this we are awaiting the
arrival of Hurricane Odile. Nevertheless we wanted to bring you the fishing
news before battening down the hatches. Pisces boats from 28 to 31 ft. have all
been pulled out of the water and are sitting in trailers at the boatyard to
keep them safe. Other larger vessels have been prepared as best as possible.
Fishing didn’t seem to miss a beat, though it was hard for the boats to locate
fish on a couple of day or when found they were too full to be interested in
the bait offered, which was attributed to the full moon.  Pisces Rebecca
started out well with two sailfish and three lemon sharks caught and
released for Paul Paulson, from Gary, Alabama, straight out from Land’s End. Speedwell also managed to release two
sailfish this same day for Mark Wilson & Michael Ferrell.  Going a step further Valerie was able to release three sailfish for Paula McCabey and
Clayton Smith close to San Cristobal. September 8th proved to be one
of the best days of the week, when we saw Pisces Andrea release sailfish for Walter Nichols Jr from Brunswick,
Georgia. This same day C Rod had two
sails and a striped marlin at the 11.50 spot for Brian and Angela Barnhart from
Indianapolis. September 10th was the only day of the week that we saw
blue marlin caught, one aboard Attitude
Adjustment, just under 200 lbs. for Ray & Warren Chapman , who along
with Greg Mansfield went on to release two more billfish, both sails, at the
11.50 spot.   The other boat to encounter
a blue albeit a smallish one,  was La Brisa who went to the limit of our
fishing area at Destiladeras with anglers Allan Lam, Michael Hoyman & John
Eshelman – this was a good move as they also got hooked up to two striped
marlin, that were successfully released. Walter Nichols, mentioned above, did
well this week; on his second day out he fished Rebecca and got four billfish, two striped marlin and two sailfish.
The most notable change this week was that of location, from Pacific to Cortez
side between the 11.50 and Destiladeras, though some boats did go to the
Pacific. Pisces anglers caught a total of 60 billfish, consisting of 24 striped
marlin, 34 sailfish and 2 blue marlin. 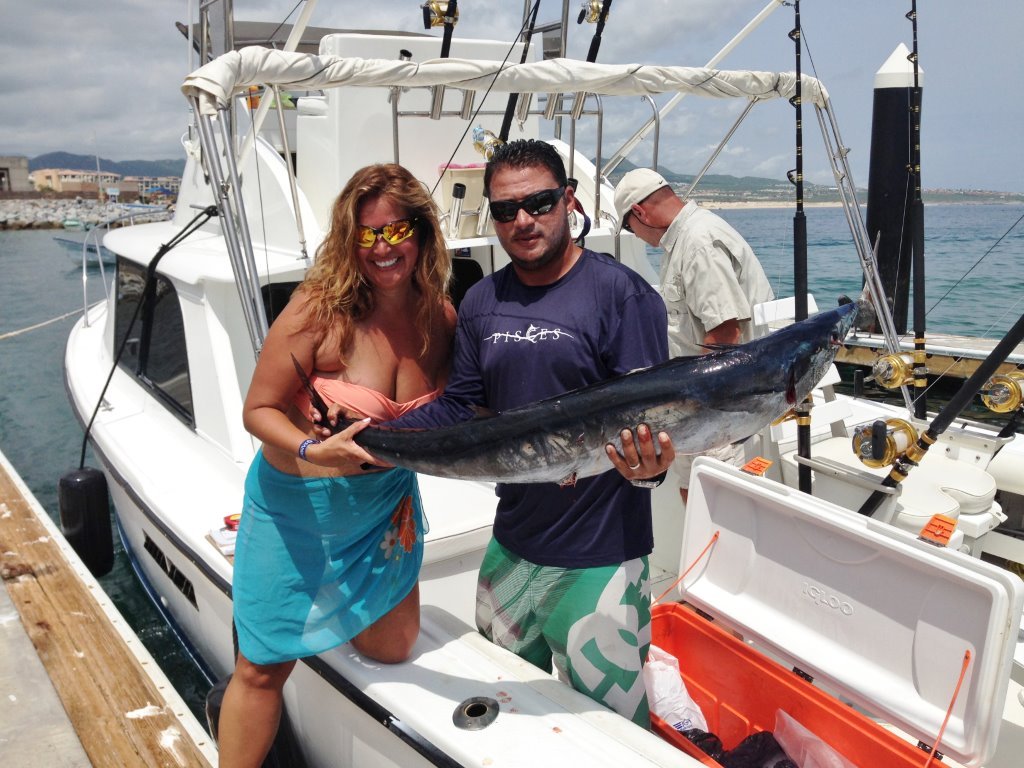 OTHER
SPECIES: It was quite surprising to see more variety of small game
this week, mostly inshore fish, but they did account for thirty percent of
catches.  Again, we saw numbers of
skipjack,  few wahoo, some yellowtail,
amberjack, sierra and the most enviable, seven roosterfish and six dorado
caught by Randy Waldrum form Houston, Texas aboard the panga Gloria. Dorado catches were fair at
twenty seven percent, with catches usually of one to four fish in the 15 to 25 lb.
class. One exception was Pisces Ruthless 21
in a day, plus a sailfish and 5 skipjack for Don Digby and Chris Rogers – fish
over the limit were released.  Tuna
catches were not great with just thirteen percent of charters finding between
one and ten fish, the nice thing was that some of them were of a respectable
size. C Rod caught a beautiful 174 lb.
yellow fin for Adrian & Aaron Walters from Sydney, Australia which took
them almost two hours to land.