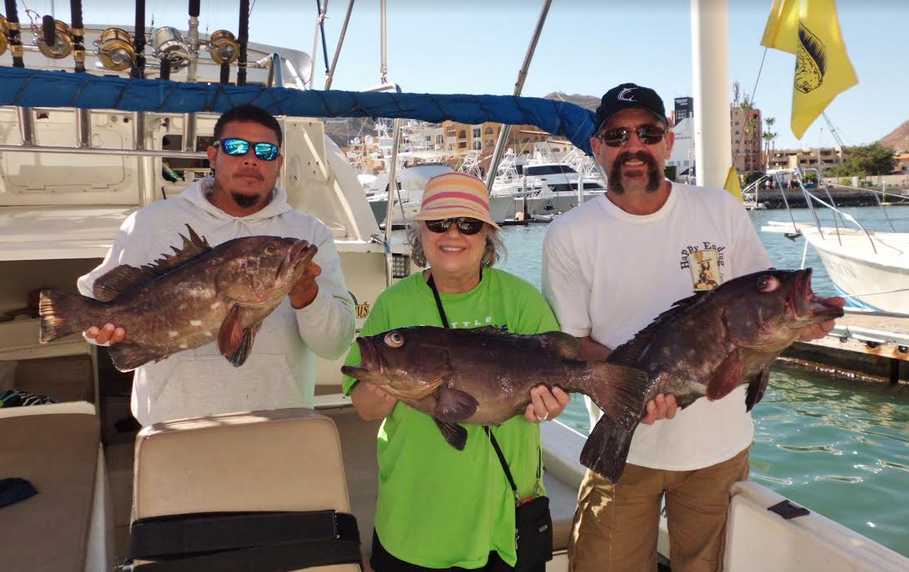 We saw an overall decrease in boats trips this week, and numbers weren’t as impressive as of late, the fishing can’t be spectacular forever. Although with that being said, the boats that did go out ended up having some great catches. The main attraction as per ever was striped marlin this week, with fewer dorado catches than we had been seeing although it varied throughout the week. There were a lot of nice smaller game fish caught, with grouper, sea bass and jack crevalle as well as an odd wahoo or thresher shark (not really that small a game).

Top marlin numbers went to the Pisces Tracy Ann captained by Julio Castro, they caught and released seven striped marlin of between 90-150lbs out at the Finger Bank for a group of anglers from Danville, California. Proving that for those wanting to spend a little extra on the fuel costs, the Finger Bank is still the most productive fishing ground in the area. The Pisces Ruthless had a really nice day out at the Golden Gate on the 10th, captain Beto Lira managed to put their anglers from Texas on to three striped marlin of around 120-140lbs, caught and released. As well as boating a nice 30lbs grouper, and also releasing a 90lbs thresher shark. The Ruthless had another mixed bag day for some anglers from Tieton, Washington on the 13th. They caught and released a striped marlin, landed five dorado of between 10-15lbs, as well as three sea bass of between 10-20lbs on macarela live bait out at the Golgen Gate. Our largest tuna catches this week, and almost the only ones goes to the Pisces Knot Workin who landed ten yellowfin tuna of between 10-20lbs on cedar plugs for a group from Florida.