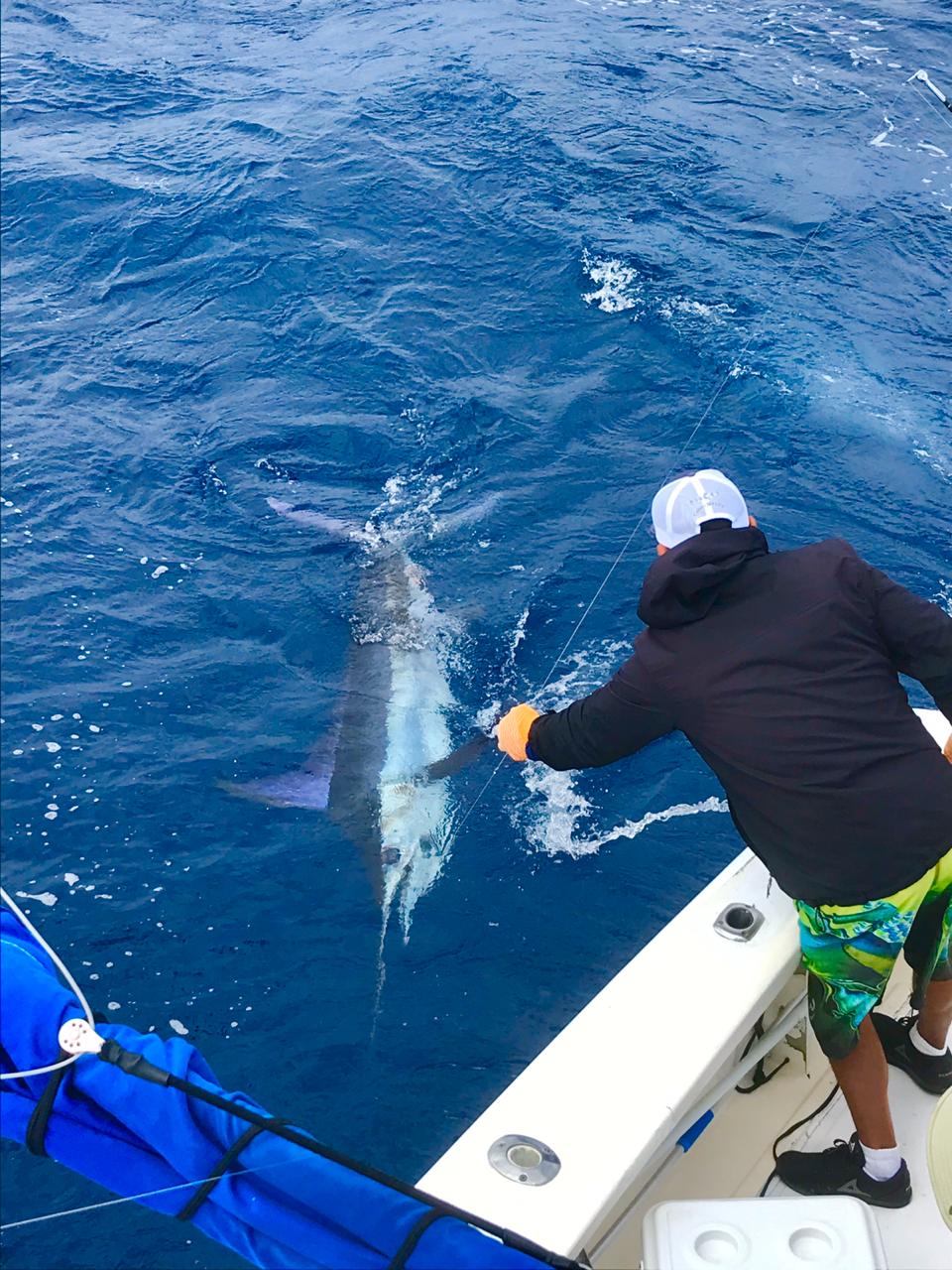 Close to 200 lbs, this Striped Marlin was one of two released on Pisces 31′ Ruthless +  5 Red Snapper 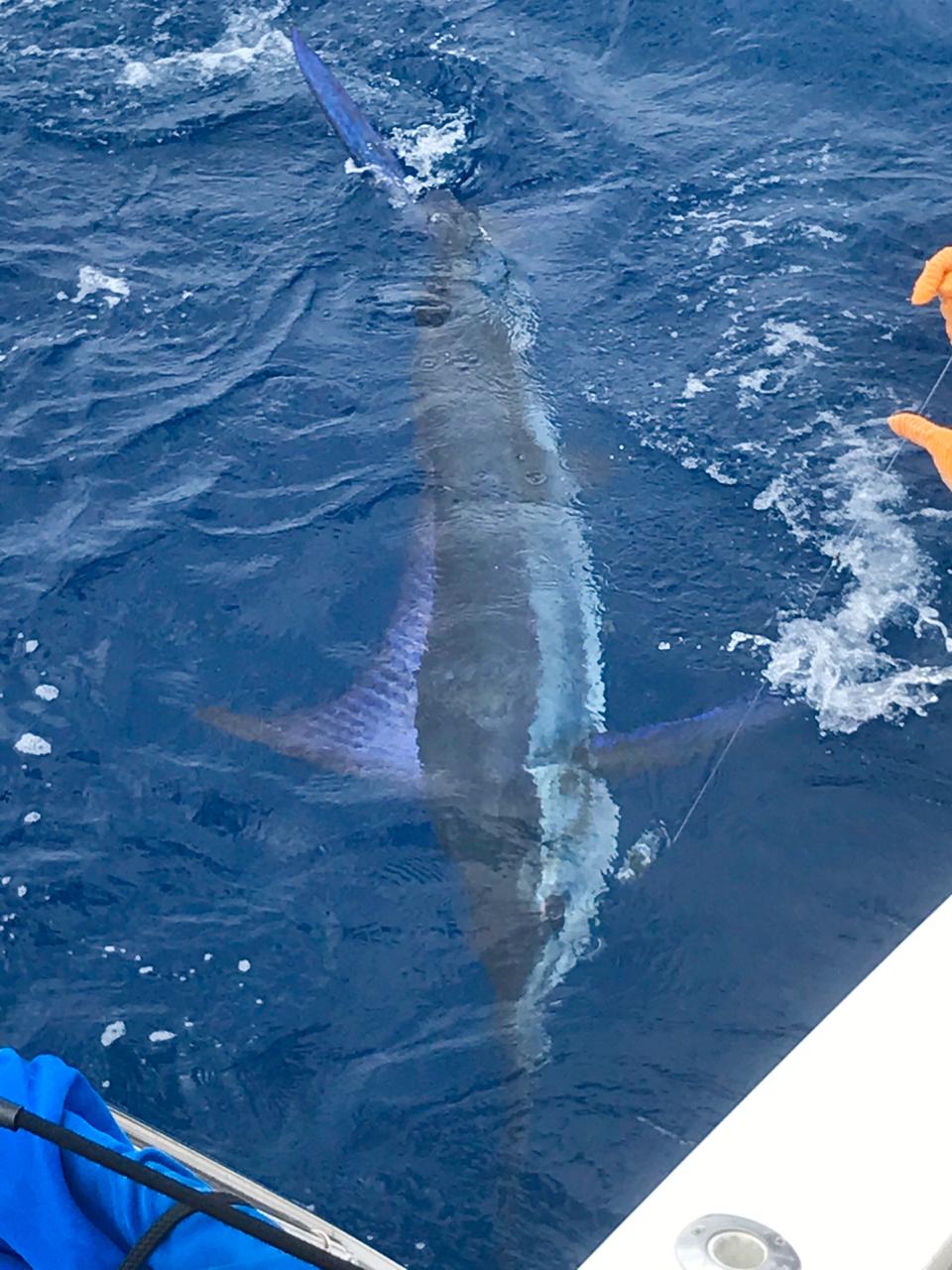 This week of fishing showed a great variety of fish caught, with our small game category taking the cake. Sixty-five percent of boats caught fish in this “Other” category, made up mostly by Red Snapper, followed by Roosterfish (which picked up much more compared to last week).

Then we had some Triggerfish, a few Jack Crevalle and Sierra Mackerel, Wahoo, and some very nice Yellowtail (close to 50 lbs, caught on Pisces 32′ Bill Collector by female angelrs). There were 190 fish caught in this category with some released.

For billfish we only saw about a dozen marlin for the fleet total, but ewe did have an impressive catch on Pisces 31′ Ruthless of a Striped Marlin released that neared the 200 pound mark. Tuna numbers were not high, only about 40, ranging from about 25 to 50 lbs mostly. 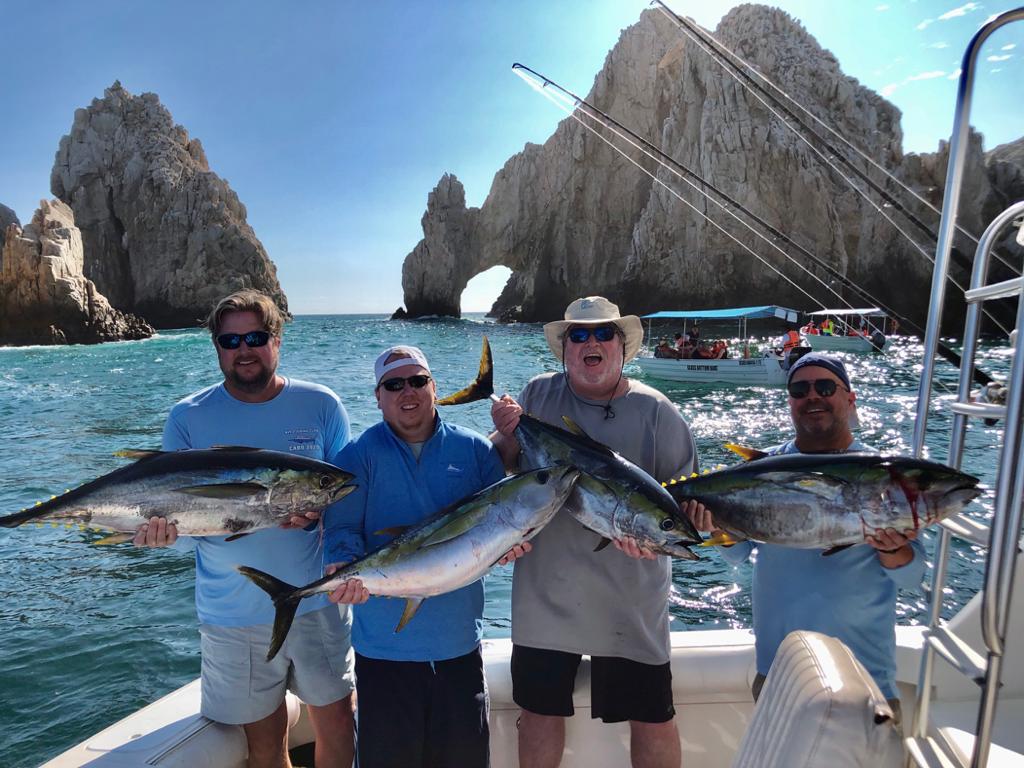 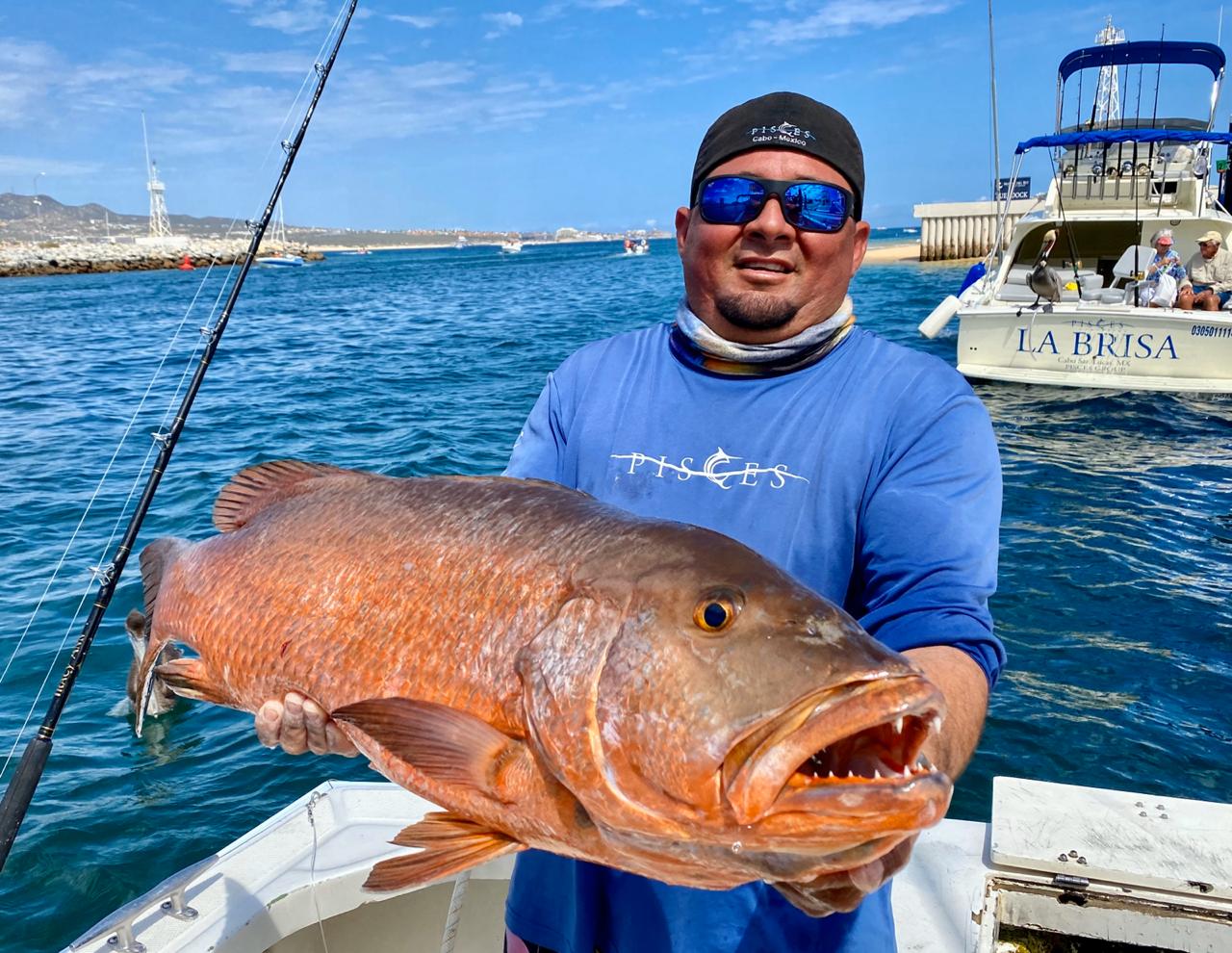 For small game, most fishing for Red Snapper stayed on the Pacific side, spanning from the old Lighthouse to Los Arcos and Las Margaritas areas. The few Marlin caught were at Golden Gate and San Jaime. Marlin averaged about 110 lbs and took live and dead caballito bait. 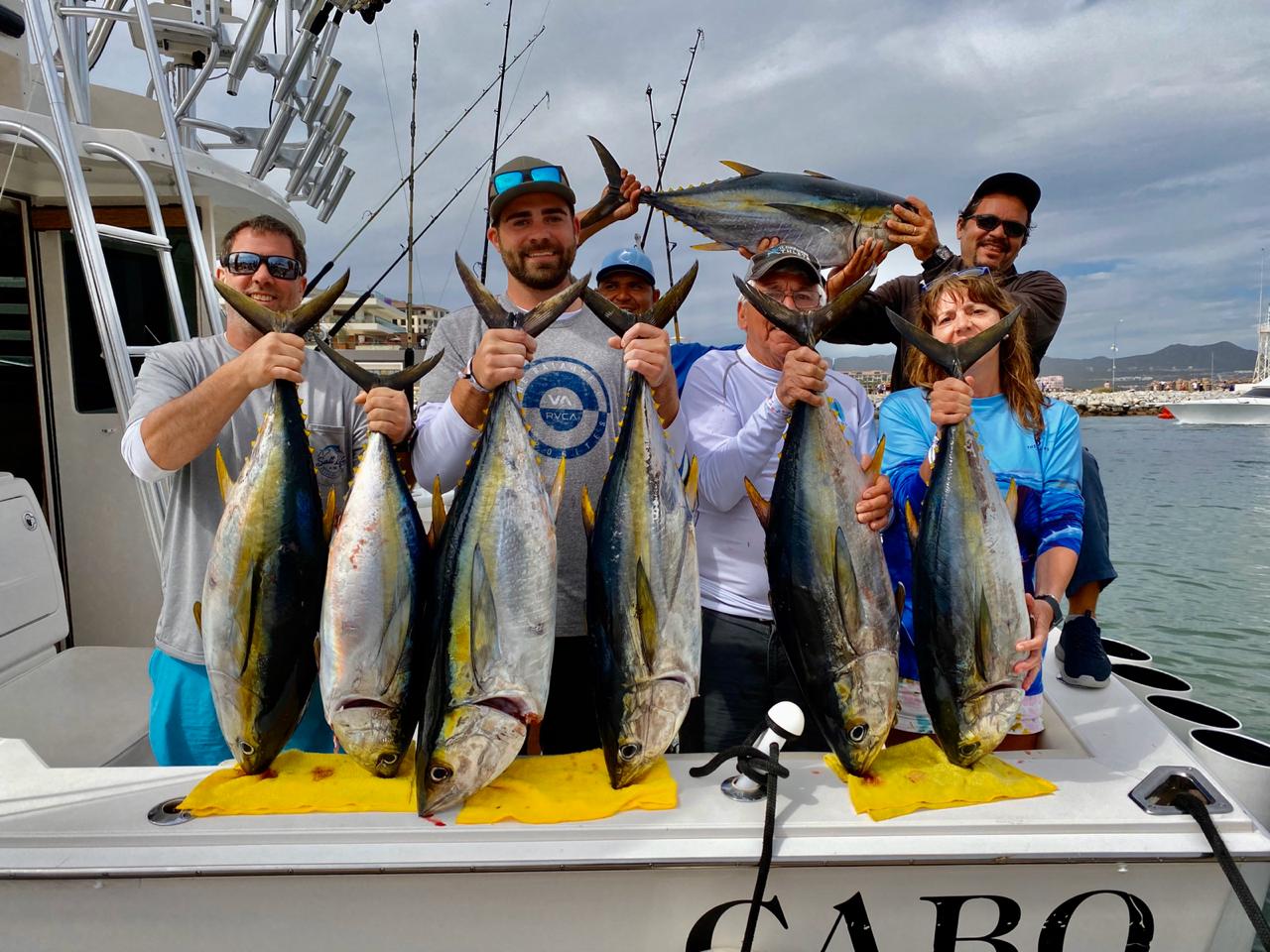 For Yellowfin Tuna, San Jaime was the place to be, and crews used mostly squid, cedar plugs and lures on the kite. The few Dorado caught were on the Sea of Cortez side, between El Tule and San Jose.  Roosterfish and the few Wahoo were found here too. 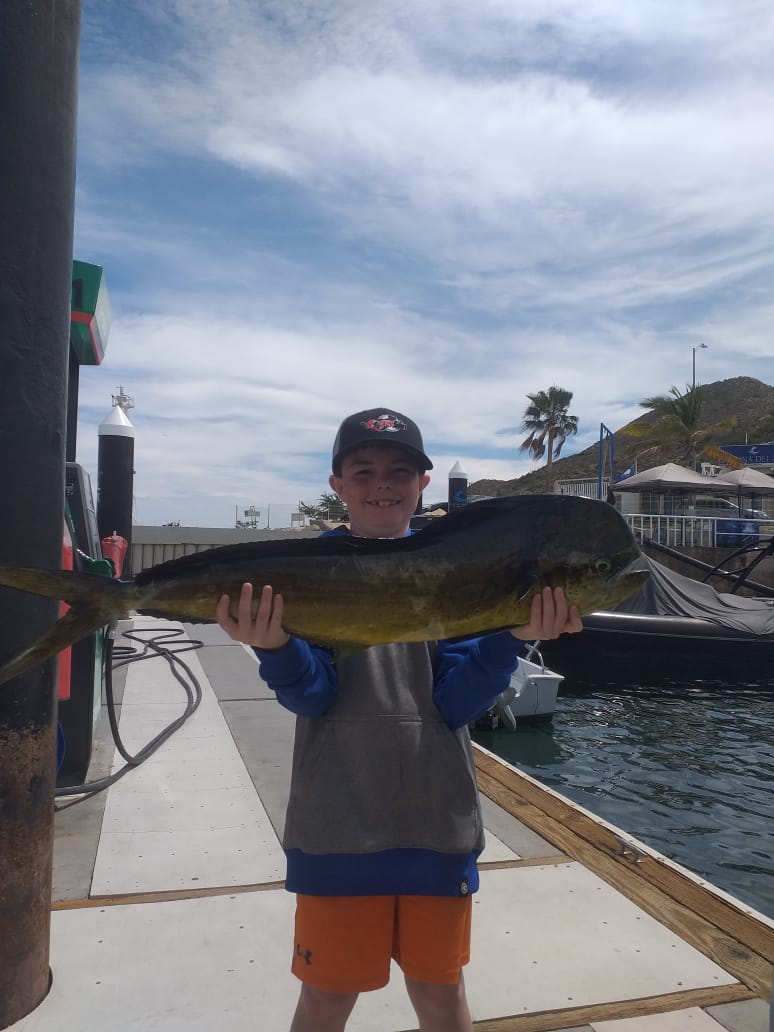 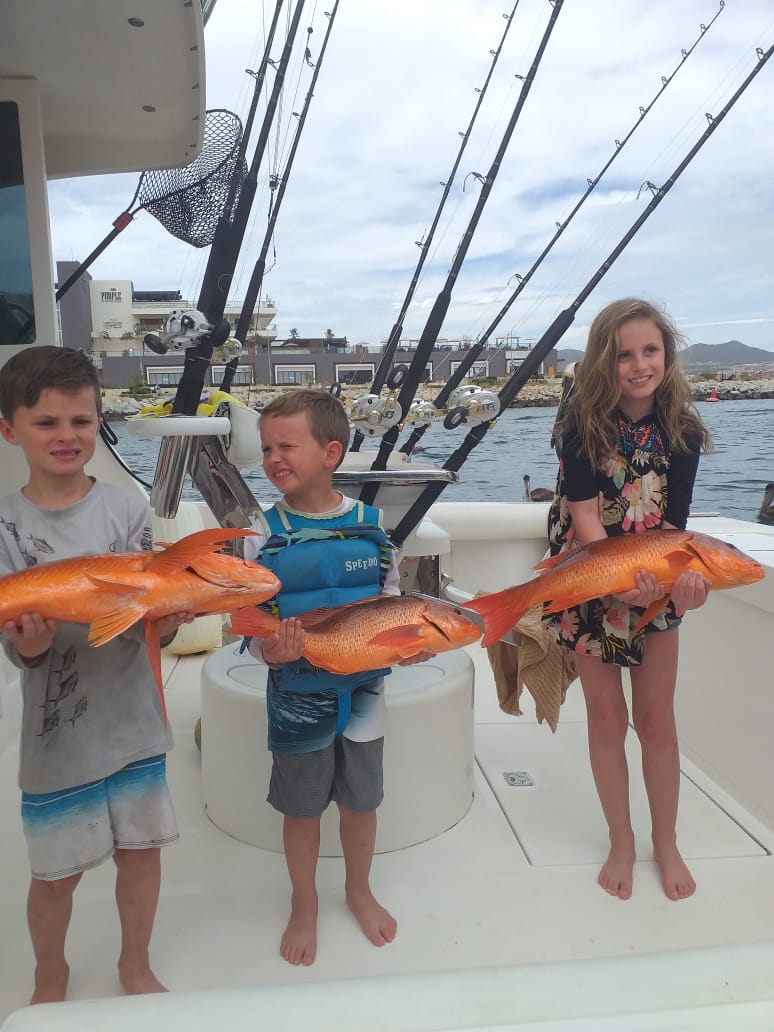 Weather this week was a little rougher, with high winds on the Pacific (10 to 18 knots) picking up midday usually. There was also some swell (max 3-4 feet), so those boats looking for small game close to shore had their work cut out for them.

LOCATION: San Jaime, Golden Gate, Los Arcos, Las Margaritas, Some on Sea of Cortez for Roosterfish and a few Wahoo. 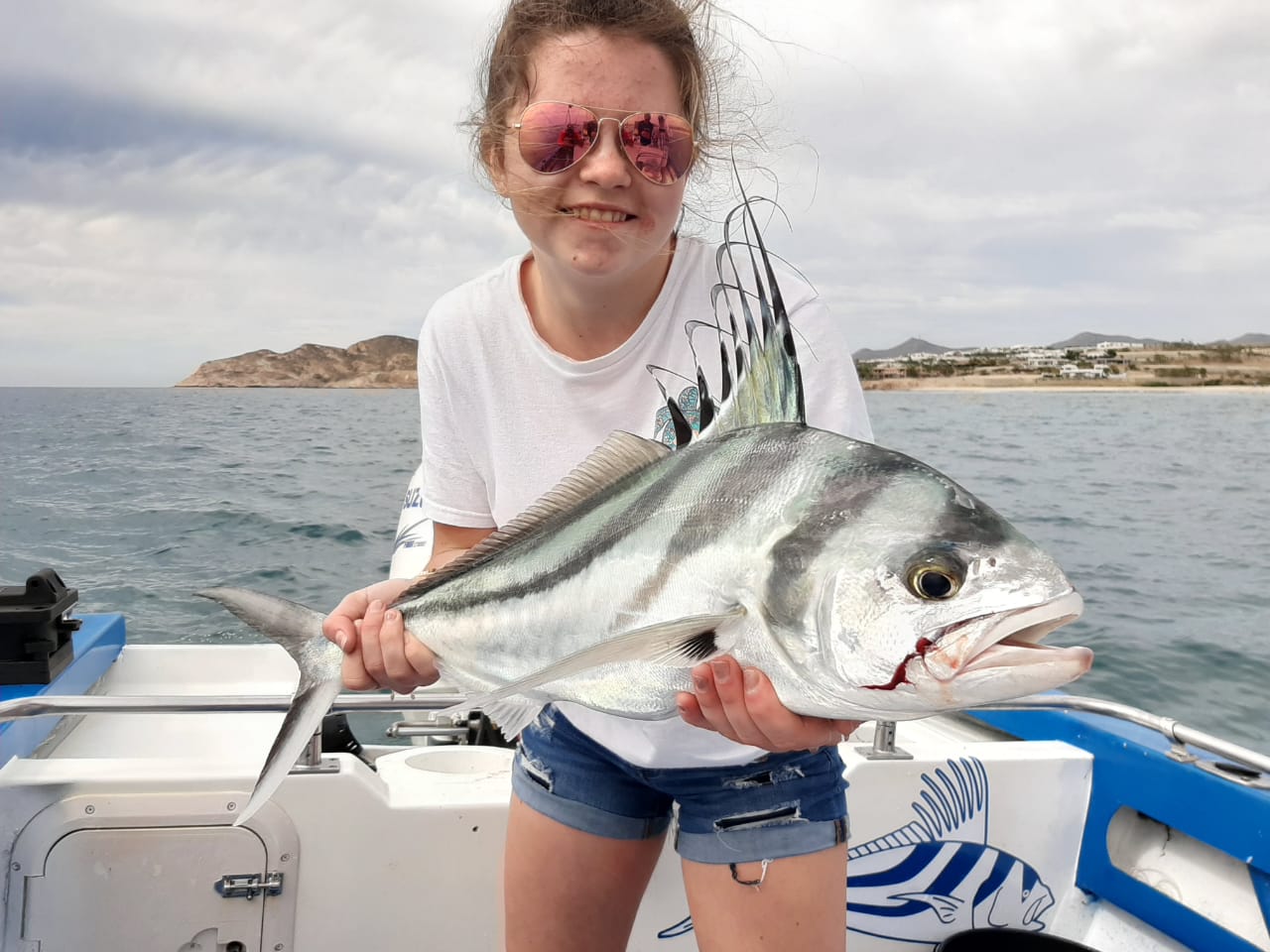 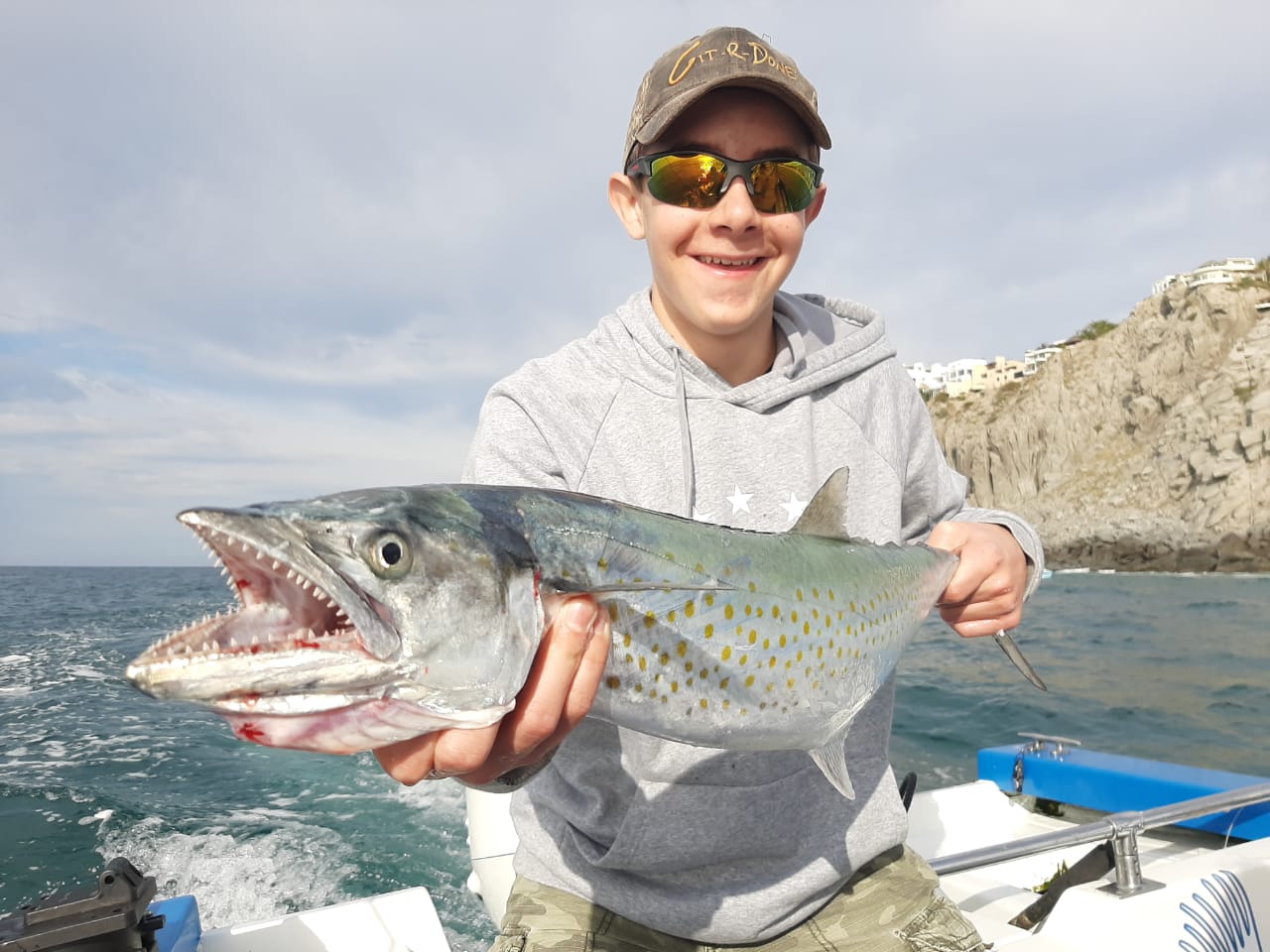