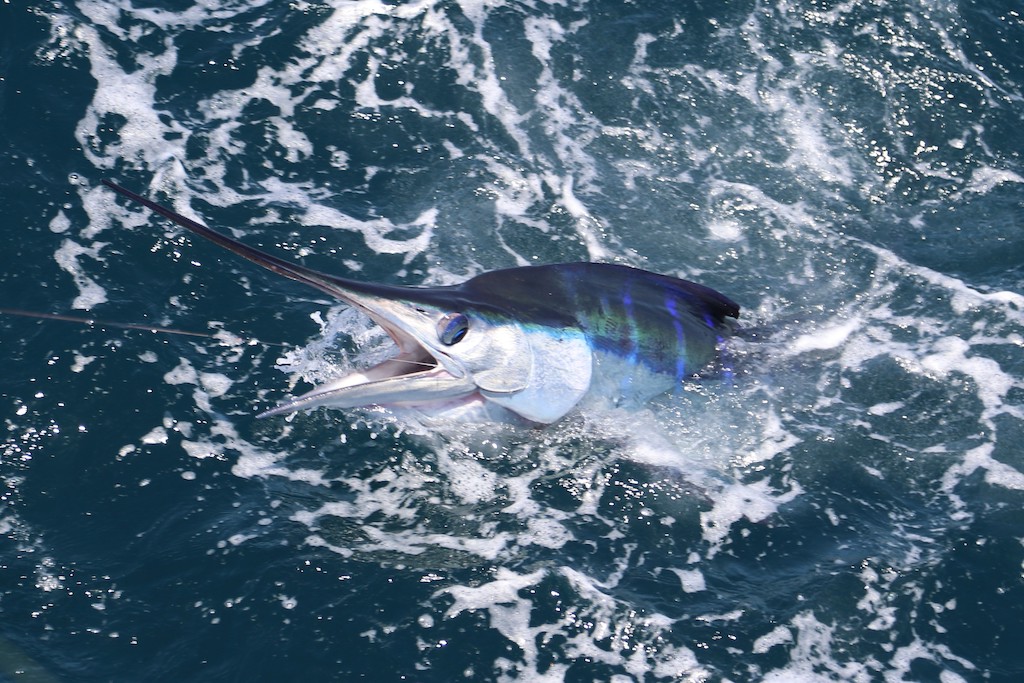 Fishing in Cabo takes off with a bang!

Seventy Striped Marlin released for Pisces in 5 days! This is our first week of charters since quarantine in March, and the fishing has not disappointed! All of our boats caught fish this week, 100% Catch Success rate. 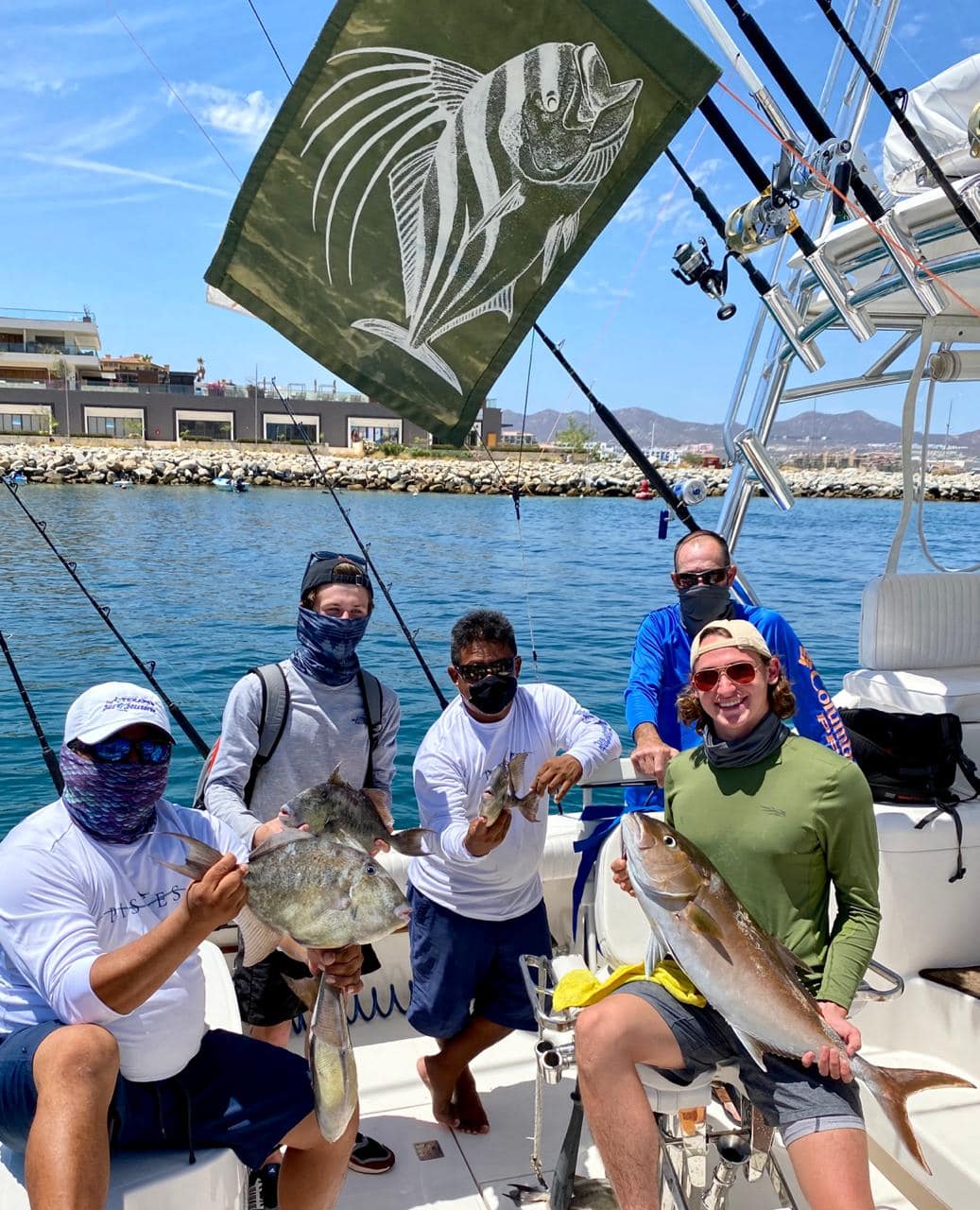 The majority of vessels targeted Striped Marlin or Roosterfish, which have been by far, the most productive. Striped Marlin have been found on the Sea of Cortez side mostly, out of Punta Gorda about 20 – 30 miles.  Lots of mackerel bait there, along with some Jack Crevalle. 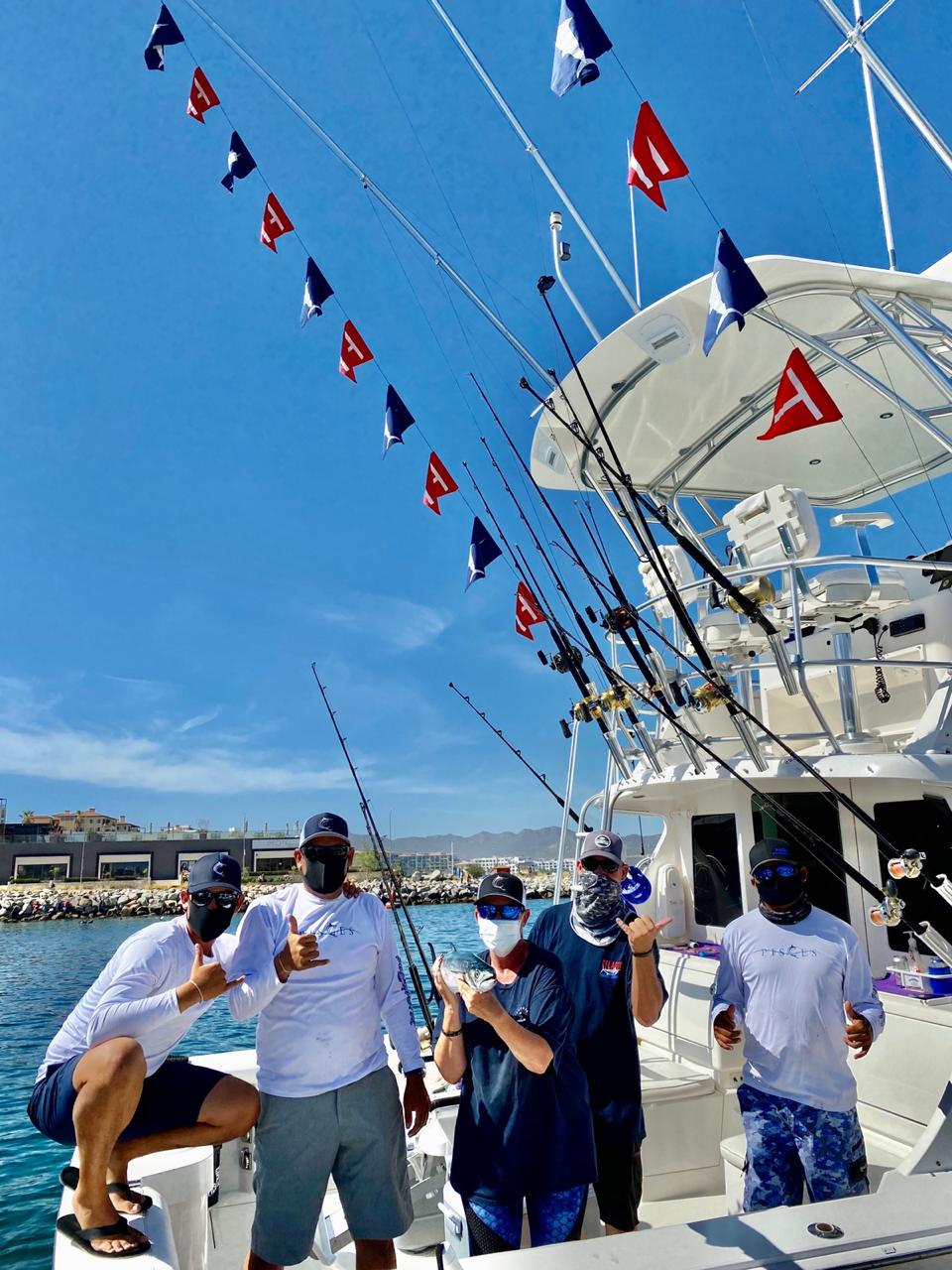 Anglers Michelle and Robert Brodsky had a fabulous four days aboard Pisces 35′ Bill Collector 2, releasing a total of 20 Striped Marlin between 100 and 135 lbs each! Most of them hit on live Caballito bait, and some on ballyhoo. Apart from the Marlin the Brodsky’s also caught 3 Jack Crevalle, 2 Sierra Mackerel, 1 Yellowtail (about 12 lbs), and 2 Grouper.  Also, the crew aboard Pisces 35′ Bill Collector 2 headed out Monday to run their boat and get it ready for their first charter, and decided to try their luck. They landed not one for two, but six BIG Grouper! They were back at the dock by 930 am. 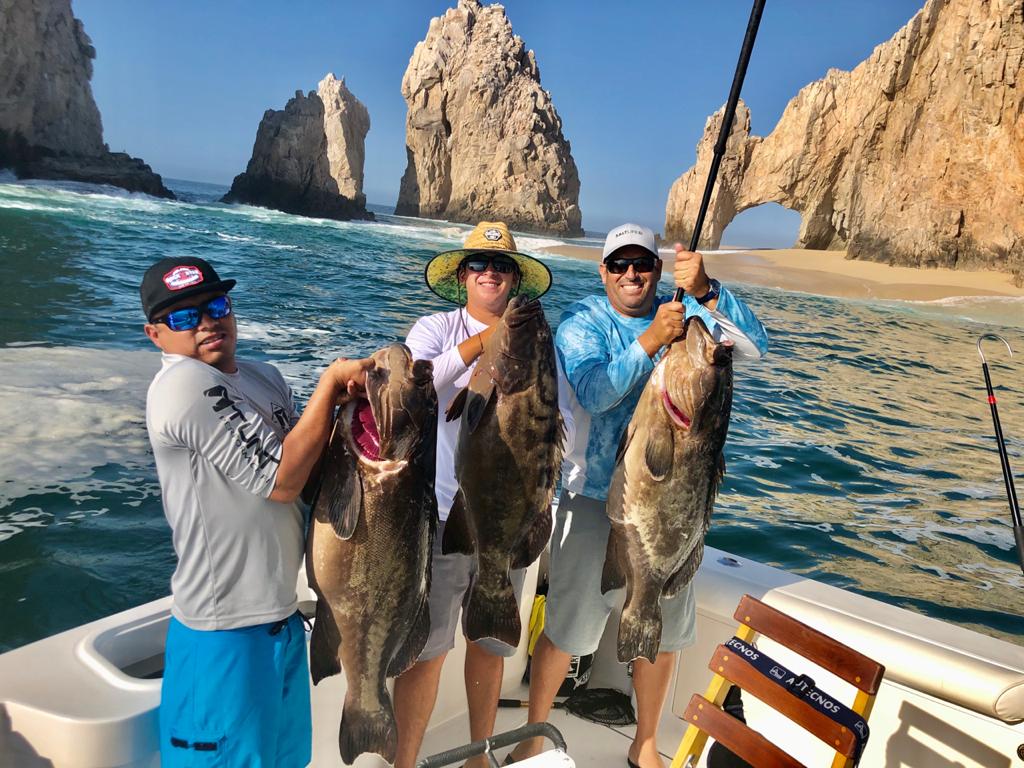 The crew of the Pisces 35′ Bill Collector 2 show off three of six big grouper caught on their first day back out on the water!

Pisces 42′ Hot Rod wasn’t far on the marlin count either! They released 12 (had 15 on) in one day as the marlin bite got better over the weekend. They fished 30 Miles out of Punta Gorda in blue seas of about 78 Degrees Fahrenheit. All marlin hit on live bait and some on lures. 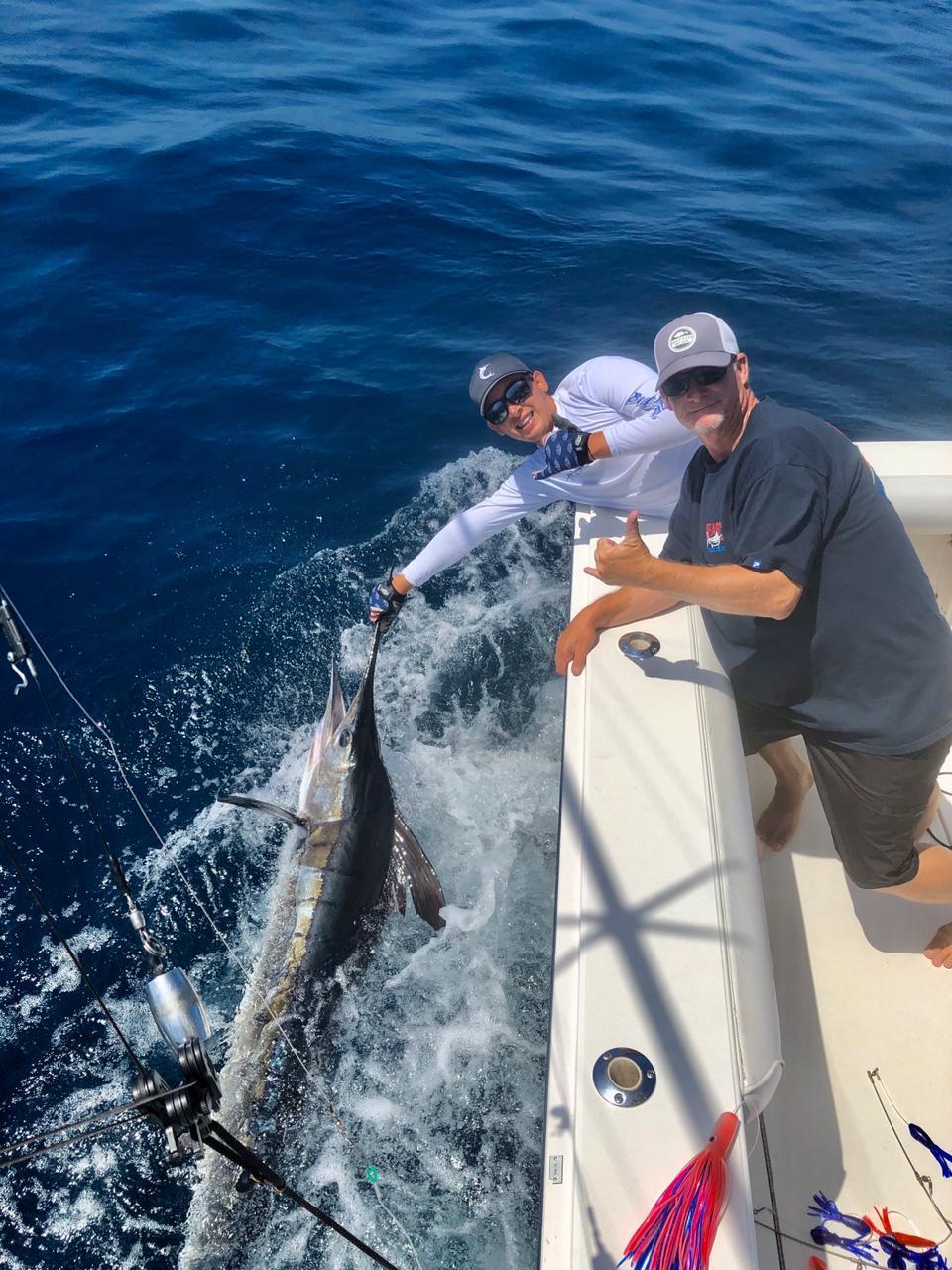 Roosterfish on the other hand have been found on the Sea of Cortez but much closer, between Tule and Santa Maria and The Marquis Hotel. Our boats have been releasing up to 6 Roosterfish a day!  For example, Pisces 28′ Andrea had a half day of fishing and had 8 Roosterish on, catching and releasing 6, plus tagging 2 of those successfully. Most roosters were between 10 and 15 lbs and all hit on live Caballito bait, close to El Tule. They also had a Striped Marlin on that got a way. 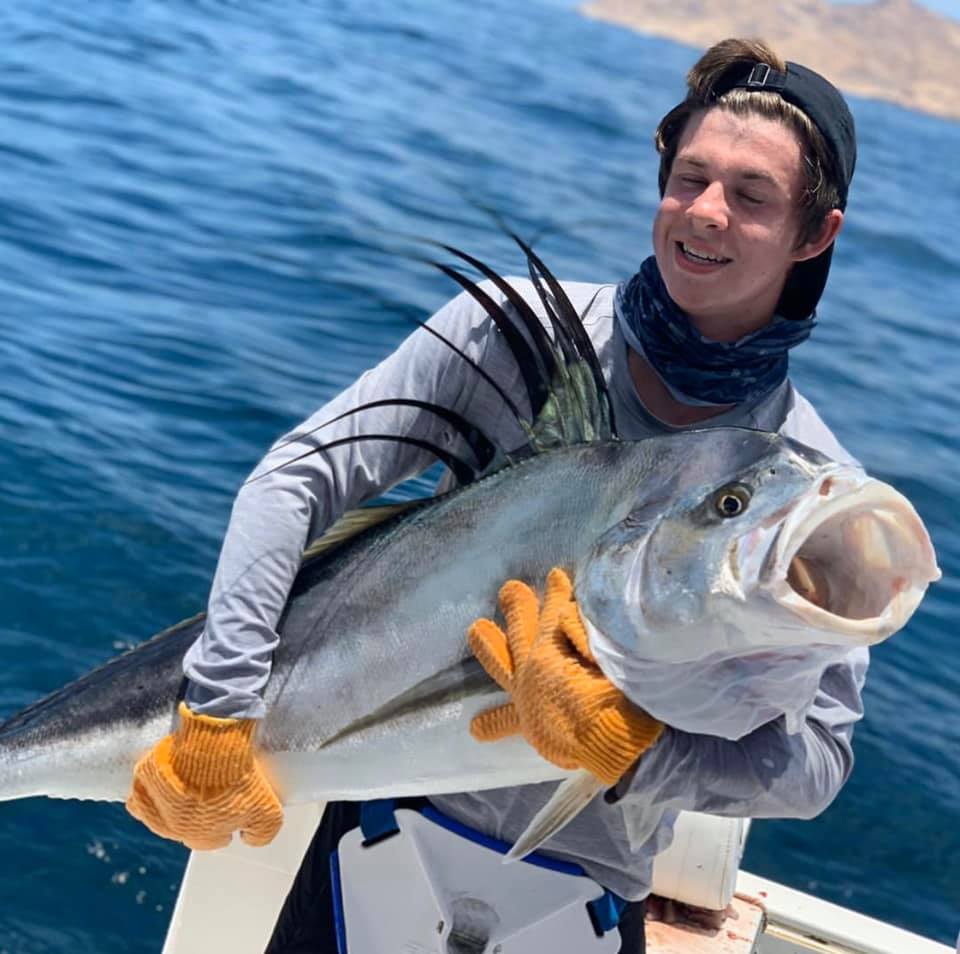 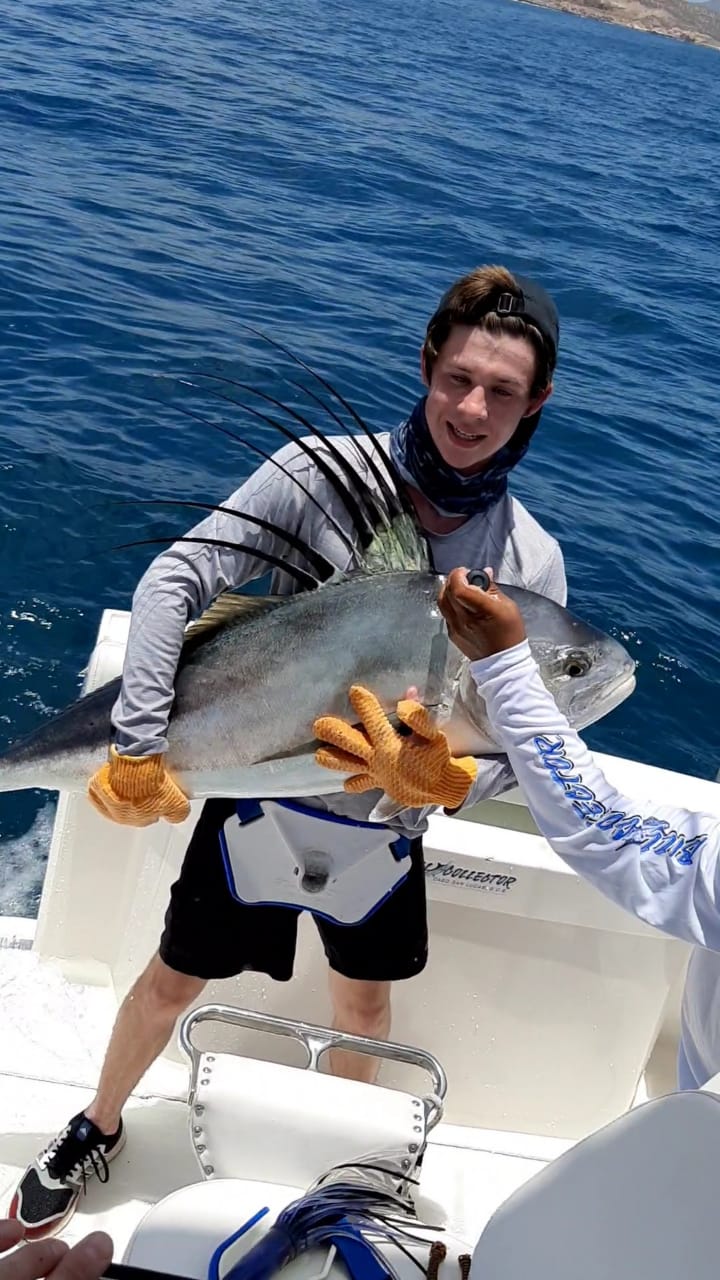 The largest Roosterfish caught this week was by 42′ Whiskey and  Pisces 32′ Bill Collector. Bill Collector had an amazing day of fishing for father and son anglers from Texas, Aaron and Aidan Montes, along with their friend Jackson Castleberry. The group released 3 Roosterfish, with the largest of about 35 lbs that hit on live caballito. They also released 2 Striped Marlin, 1 Amberjack and 15 Triggerfish for dinner. 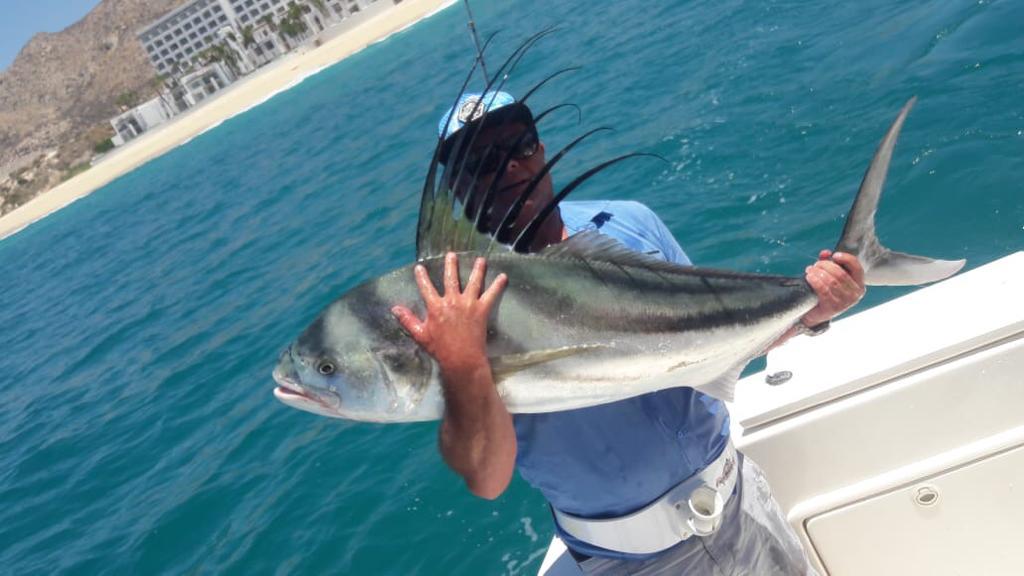 Pisces 42′ Whiskey also targeted both Roosterfish and Striped Marlin. They released a very nice sized Rooster of about 35 lbs close to Chileno. The 42′ Whiskey had a total of 10 Striped Marlin this week, 7 Roosterfish, 3 Mako Sharks (all released) 1 Sierra Mackerel and a 30 lbs Grouper. 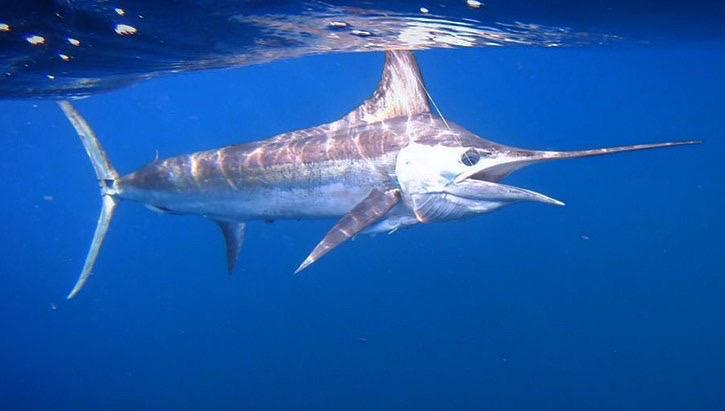 Pisces 38′ C Rod also had a Mako shark this week, along with 2 Striped Marlin tagged and released for anglers Jim Aten, Tim Gewecke and Todd Henry. Incredible footage of the tag and release seen bellow on our Youtube channel.

And last but certainly not least, our new vessels in the fleet, the Pisces 42′ Sea Senora, Pisces 45′ Chasin’ Tail 2 and the Pisces 38′ Reel Cast, had awesome marlin fishing. The highlight for Sea Senora was going 8 for 16 on Striped Marlin Released 25 miles out of Punta Gorda on mackerel bait, for owners on board. The 45′ Chasin’ Tail stayed closer to Cabo and released 4 Striped Marlin, including a double hook up for father and son, and 2 nice Grouper for Dinner. Pisces 38′ Reel Cast went 12 for 15 on Striped Marlin and had a spectacular Orca whale encounter! These three vessels will be available for charter ONLY with Pisces, very soon. 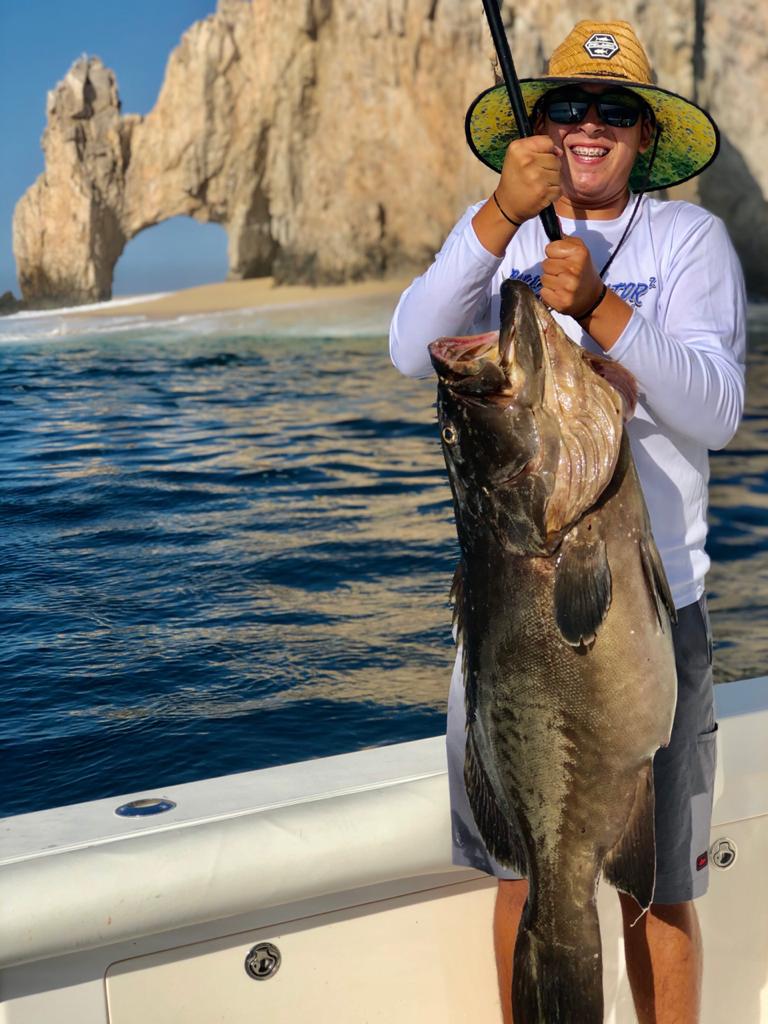