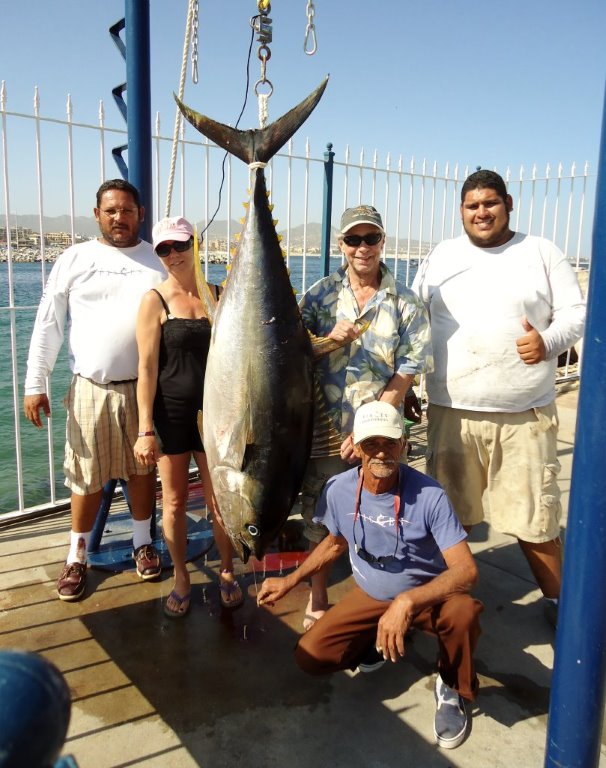 BILLFISH: This week the very first Pelagic Summer Slam tournament was held in Cabo, a fledgling touranment seeking to promote sportfishing & local charter boats at an affordable price. Twenty eight vessels entered and the event was well received. Top boat was Go Deeper with ten marlin released and winnings of $9502.00. In the gamefish division third place was for a 58 lb wahoo aboard Sneak Attack which netted winnings of $585.00 followed by a 89 lb tuna aboard Bob Marlin which won $1462.00 then a 104 lb tuna aboard Ripper, also entered in the jackpots, who won $9802.00. One of the best Pisces catches this week was that of Timothy & Tony Cain fishing with  Bruce Esser from San Antonio, Texas. They were out on Listo on June 10th & released an approxmate 200 lb blue marlin, two striped marlin and boated a dorado. June 11th was a good day too, when Pisces Rebecca release five striped marlin for Gordon Clark and friends from California, who also caught a 26 lb tuna. Other boats caught between one and four marlin each, but catches were not always easy. We had windy weather then it got super hot as a hurricane formed south of Baja, causing huge waves for the last couple of days of this report. The catches were spread out from the 11.50 spot on the Cortez side to Golden Gate on the Pacific. Pisces anglers caught a total of 59 billfish this week, with ll but one released. Respectable catches seeing as we had full moon and an abrupt water temperature change. 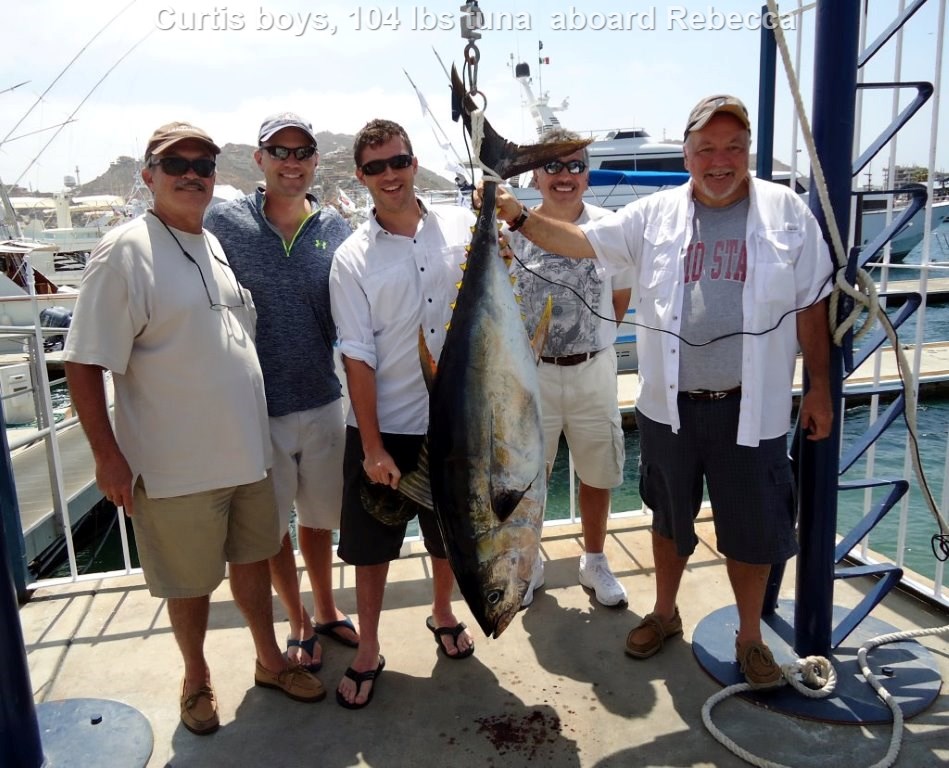 OTHER SPECIES: It was great to see some nice tuna catches this week with Pisces Andrea the top boat for boating an impressive 187 lb’er for Scott Gayer from Kenai, Alaska, one of eighteen he caught outside of San Jaime – his other fish ranged from 18 to 20 lbs only. Brett Simmons from Colorado got a work out from a 200 lb plus tuna that he fought for ove two hours, before losing it; he didn’t draw a blank though, as he also releaed a striped marlin aboad Andrea close to the Golden Gate. For sheer numbers the tuna outnumbered all other gamefish in Cabo this week, with 125, caught by out anglers. Dorado catches were fair to good with twenty four percent of our boats catching from one to eleven up to 40 lbs. Chris Kaminski from Valparaiso, Indiana has been fishing aboard Ruthless with captain Leon for years and we can see why; he was able to catch eleven dorado, a tuna and a nice 40 lb wahoo. Inshore there were some big jack crevalle up to 50 lbs, as well as the odd roosterfish and skipjack.
WEATHER CONDITIONS: Hot, a.c is on at night already, skies clear, seas had some swells mid to end of week.
LOCATION: 11.50 spot to Golden Gate, San Jaime for tuna.
AVERAGE WATER TEMP: 73 F
BEST LURES: live bait for marlin, cedar plugs for tuna, green colored lures and live bait for dorado.