This week got off to a great start, with an exciting catch on the C-ROD of a nice black marlin, by anglers from Beavercreek, Ohio.  Mark and Willian fought the 248 lbs black marlin for over two and a half hours before bringing it to the boat.  Not only this, but they also caught four striped marlin which they released, and two dorados.  The black marlin was caught on live bait out of Los Arcos, while the other marlin were caught at Pozo Cota.  Not bad for a day’s fishing!

The Rebecca and angler David from Puyallup, WA, had a good day on Tuesday, catching and releasing 5 striped marlin caught out of Las Margaritas on live bait.  Tom  from Snoqualmie, WA, was the lucky angler this week in terms of blue marlin.  He caught one of the only two blues of the week aboard the Halcon, which he released, weighing approximately 220 lbs.  He also managed to hook a dorado and a tuna weighing around 15 lbs.  Total billfish caught this week were 60 striped marlin, 2 blue marlin and 1 black marlin, all but one were released. 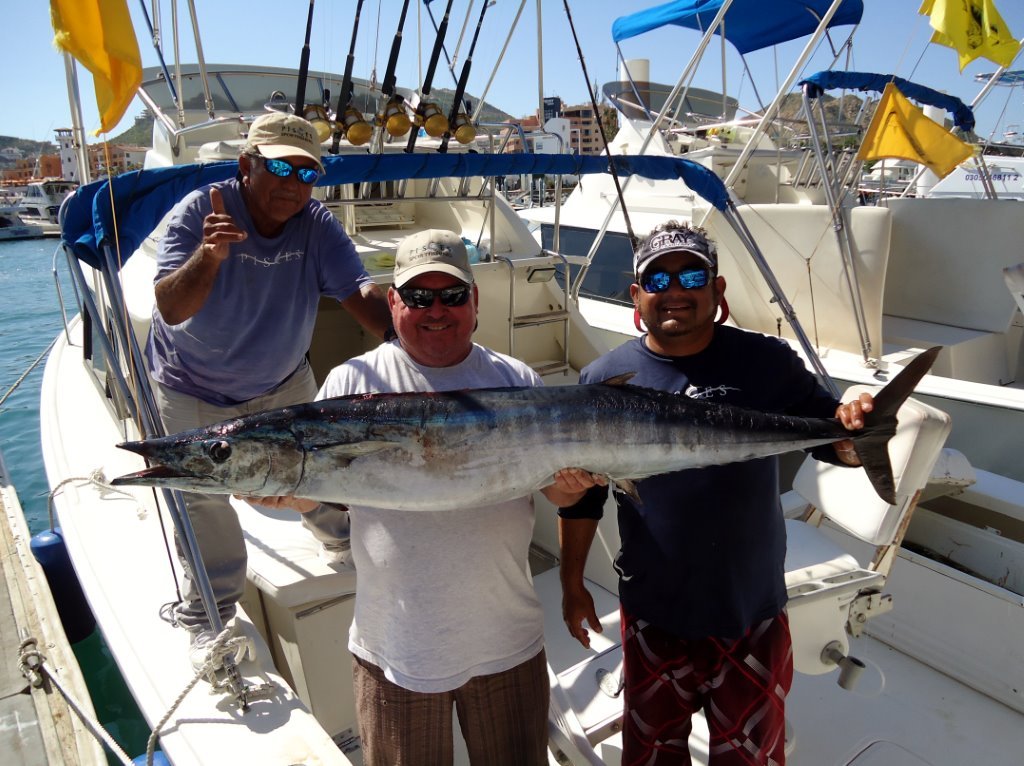 Coming to Cabo all the way from France, angler Luc and friends impressed us this week by catching the most dorado out of any boat, by far.  They caught 18 dorados, releasing nine.  Catch limits allow 2 dorado caught per angler.  The dorado were caught on caballito bait and lures, with Las Margaritas being one of the most productive locations.  The group also caught two striped marlin and one impressive wahoo around 40 lbs caught on a guacamayo lure.  Next in line with most dorados caught this week were Ruthless and Bill Collector with 8 dorados each, all caught on caballito bait and green and blue lures.  As well as Anglers Ronald and Helen  from Granbury, MO, who caught two striped marlin and five dorados on live bait and green and striped lures.  Cenk from Vienna, Austria, did well catching the small game fish, reeling in three dorados and two roosterfish on caballito bait off of Migrino.  Only two boats caught Wahoo this week, with anglers Linda and Terry from Oklahoma aboard the Rebecca, and Michael and George from Birmingham, AL, aboard the Ruthless, finding luck with their black and red lures.  Of course, the third wahoo was caught by our Frenchman Luc Trasglise on the Ruthless as well.  The three wahoo caught this week were caught on different days but were still all found in the Las Margaritas and Pozo Cota area.

Tuna this week were few and far between, but the Listo and its anglers Alan and Aleisha from Colorado managed to land a decent size yellowfin off of the Old Lighthouse, weighing 20 lbs. 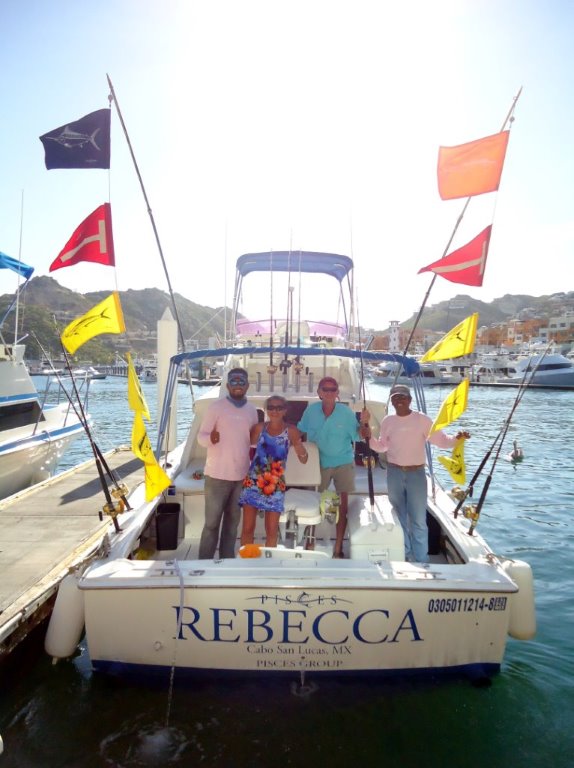 Linda and Terry after their successful fishing day.

Based on the catches of Pisces Sportfishing by Rebecca Ehrenberg