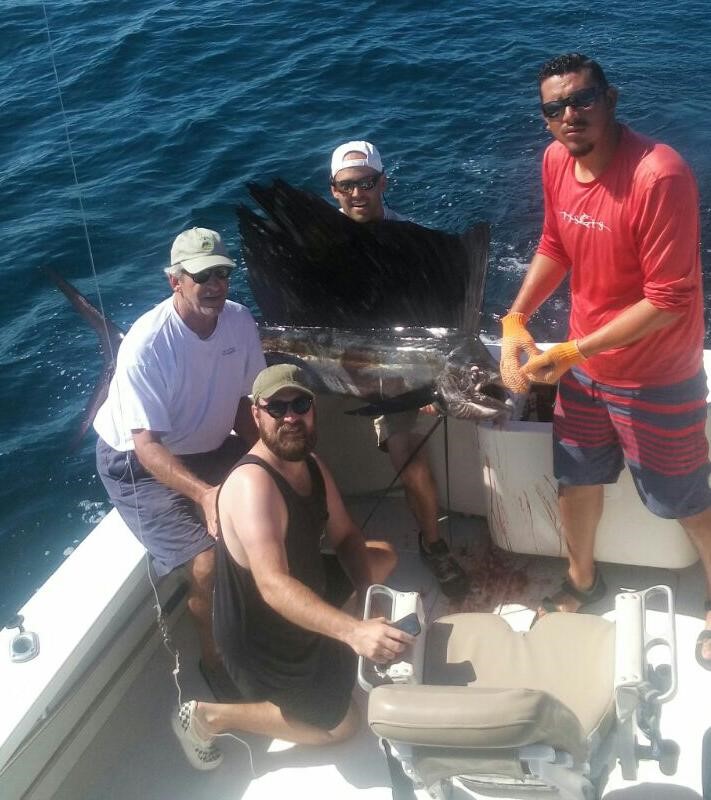 Looks like we are getting a glimpse of what’s to come for October’s billfish tournament season, with over half of our boats catching billfish, mostly sailfish, striped marlin and some decent sized blues. Anglers still willing to fish after the passing of tropical storm Lidia were not let down, as all but one of boats that went out this week caught fish.

Adriana, our 28ft Uniflite started off the week with two striped marlins, caught and released by the Blackburn’s out at San Jaime, on caballito bait and ballyhoo.

Our other 28ft, Andrea, landed a nice blue marlin, weighing 377.5 lbs. Anglers Mark Daley and Tony Gorman from Texas got a good work out in reeling this big guy in out at San Jaime, on blue/green lure.

Captain Erick Orozco on the 42ft Hot Rod also found luck with the billfish, landing a nice sailfish instead, which anglers from California released along with a nice dorado. Both were caught on petrolero lures.

Tag Team, our 61ft Viking captained by Nayo Winkler and anglers from California had a great weekend fishing trip, catching four dorados all around 15 lbs. caught on caballito bait and releasing one sailfish as well. 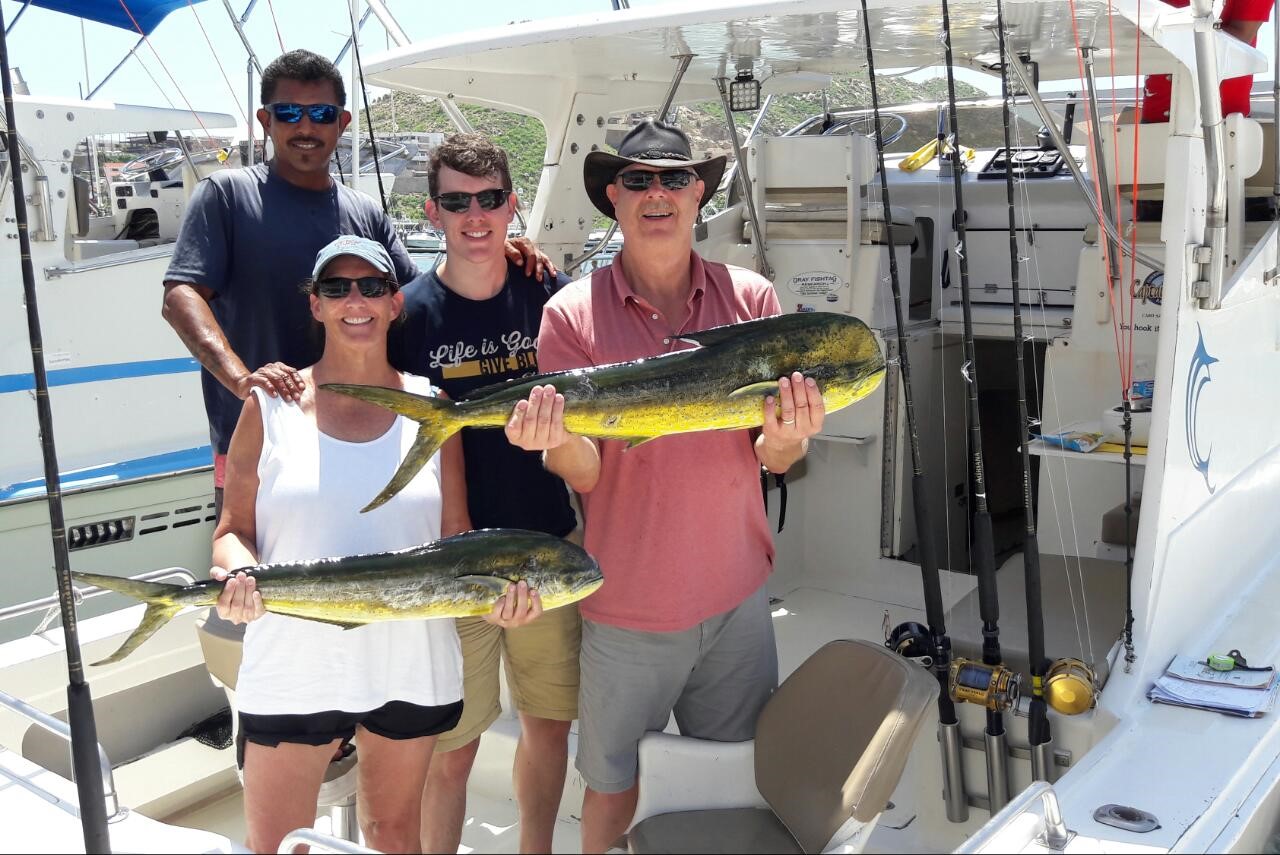 And what a lucky day for 27ft Panga Tres Amigos, which stayed true to its namesake and made anglers three new friends, when they caught: one dorado, one yellowfin tuna and one hammerhead shark! (released). The tuna and shark took to caballito bait, while the dorado bit on a little rainbow lure. The Trickey family from Delaware were back at dock just in time for lunch – fresh fish to be served of course!