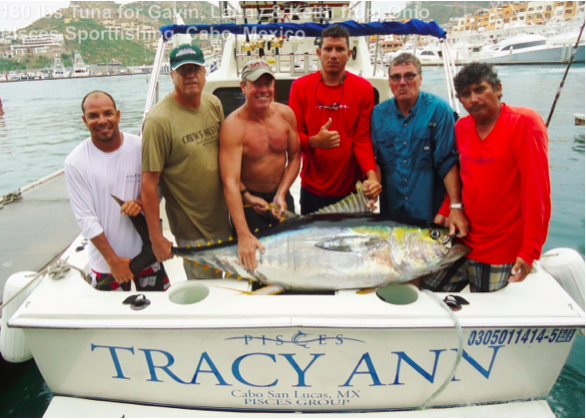 BILLFISH:  It seems that finally summer has come to an end , ushered in by a flurry or rainy days that cool everything off, before the sun re-emerges making the days hot again, but not like they were a few weeks ago.  Fishing remains on track and excellent though not every boat is catching fish every day, nevertheless there was plenty of action on striped marlin which are increasing in number, still a lot of blues around, albeit smaller ones and a good amount of sailfish too.  C Rod was out of the gate at the beginning of this report with two blue marlin released, small at 150-160 lbs., plus a striped marlin and a few tuna at the San Jaime bank for the Titmus family from Las Vegas, on October 3rd.  A couple of days after this we saw lots of action with Cabolero releasing a 230 lb. blue marlin plus two striped marlin as well as boating a 105 lb. tuna for Ohio anglers Gavin, Larry and Keith, 20 to 30 miles out.   This same day Listo had both a blue marlin and a sailfish and a couple of tuna.  Jorge Koosis from Argentina was disappointed to lose a three hour fight he had with a 400 lb. blue marlin on the Pacific side aboard Tiburon.  Billy King and Elizabeth Thomson from New York had a thrilling but tiring day aboard 31 ft. Cabo Cabolero with what seems to be the catch of the week; a blue marlin, three striped marlin and a sailfish released and a tuna boated – all at the Herradura – well done Captain Lupe!  Hot Rod is the newest addition to Pisces, a beautiful 42 ft. Cabo with an outstanding crew who are already proving themselves popular and who wouldn’t be with catches like they had on October 8th with the Hewitt’s and Gowland’s aboard from Austin, Texas.  They release a blue marlin, a striped marlin and landed a couple of tuna, the largest of which was 165 lbs. -bigger than the striped marlin they released.  Pisces Ruthless a 31 ft. Bertram closed out the week with an unbelievable catch for Ernesto and Roxanne Rojas, fishing with Michael Jennings, all from Texas at the 180 spot – their catch consisted of a blue marlin, striped marlin, four pilot sharks, two dorado and one tuna – the sharks and billfish were released.  Pisces anglers caught a total of 78 billfish this week, consisting of 41 striped marlin, 21 sailfish and 16 blue marlin. 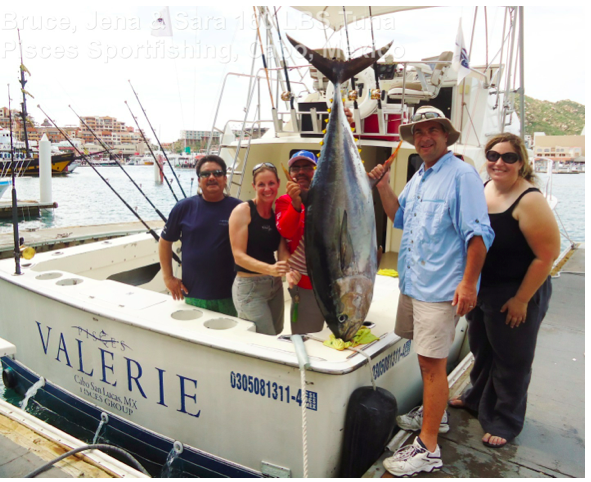 OTHER SPECIES:  After billfish tuna were the next most likely catch and just like last week, fewer boats found tuna but when they did they managed to catch between one and twelve.  Several large fish were caught, which makes us eager for November to be her and the Tuna Tournament to start – many qualifiers being taken right now.  Pisces Tracy Ann had a respectable 180 lb. tuna, taken on an orange and black lure, on October 3rd 38 miles out for Gavin Narburgh from Ohio.  Bruce Chounick from Florida had his work cut out for him aboard Valerie on October 4th with five tuna, the largest at 160 lbs., plus a striped marlin released, ten miles out from the Old Lighthouse.  La Brisa and Cabolero also had 100 lb. plus fish this week along with several other boats.  Not much happening on small game but then again we weren’t really trying with offshore fishing so good.  Just one wahoo for us this week, plus a hammerhead shark released along with the pilot sharks mentioned in this report.